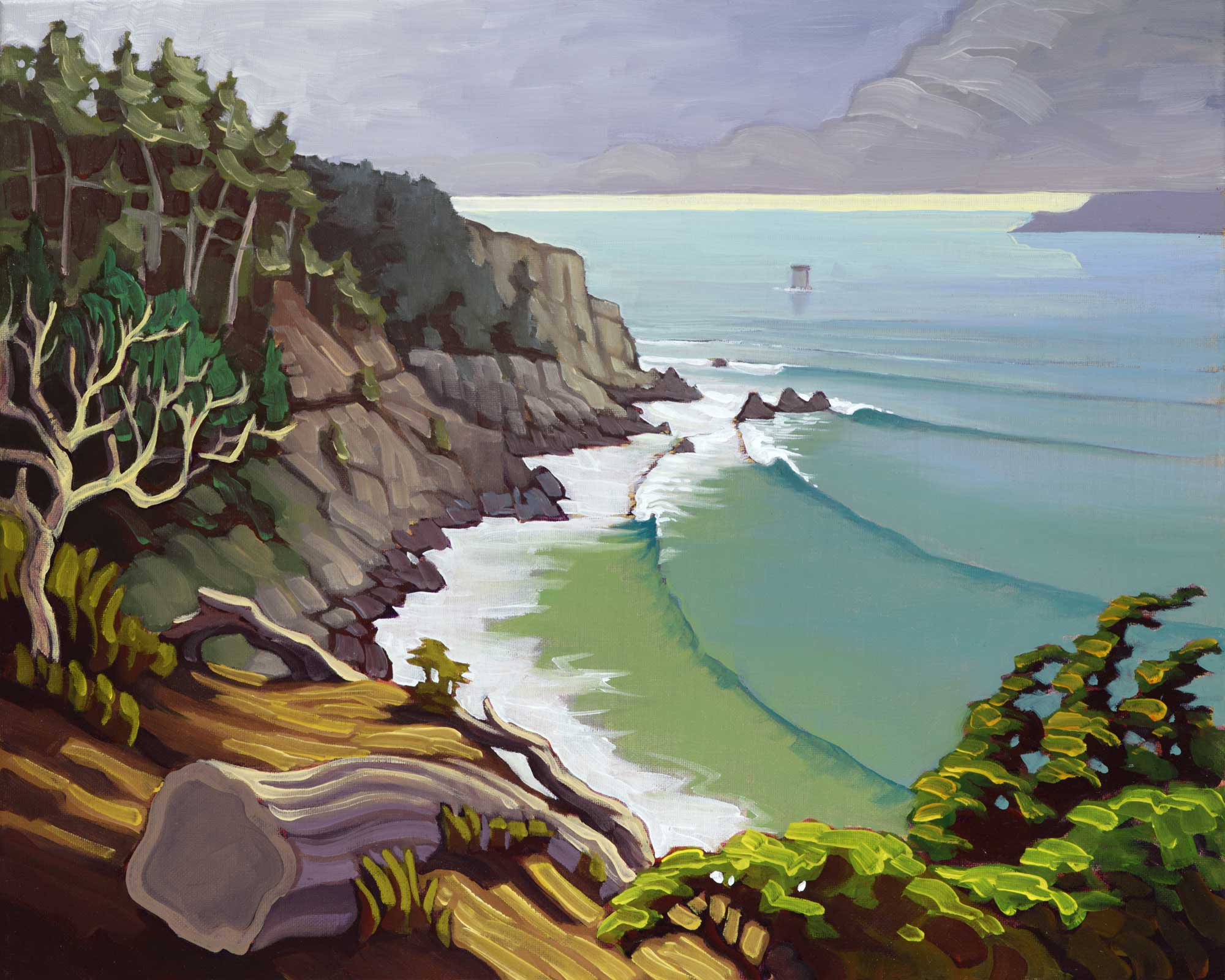 Just a few days earlier I’d surfed a spot hundreds of miles north that goes by the same name as this one. A memorial was being held for a local surfer who’d recently passed away while surfing there.

This morning as I woke up to make the 6 hour drive south with this destination on my mind to kick off this painting trip, I was jarred by the news of another man’s passing. I had just met him for the first time a few weeks prior on my last road trip. I had known of him for years
though, and I was keenly aware of all he had done for artists all over the world. He had launched careers, lifted up the struggling, showcased what others overlooked. I
just wanted to shake his hand and say hello and it was an honor to do so, and now there would never be a follow up to that encounter.

Life is final like that… and precarious while it lasts. Like an urban wilderness. It’s there, giving of itself to any who will appreciate it, but it’s often trampled, misused, overlooked, and in the blink of an eye the bulldozers come and finish it. A juxtaposition of love and indifference.

May the unfeeling bulldozers rot in a rusty hell. Love is the monkeywrench in this epic novel. Don’t be afraid to sabotage the machinery when needed. Someone’s life may depend on it.