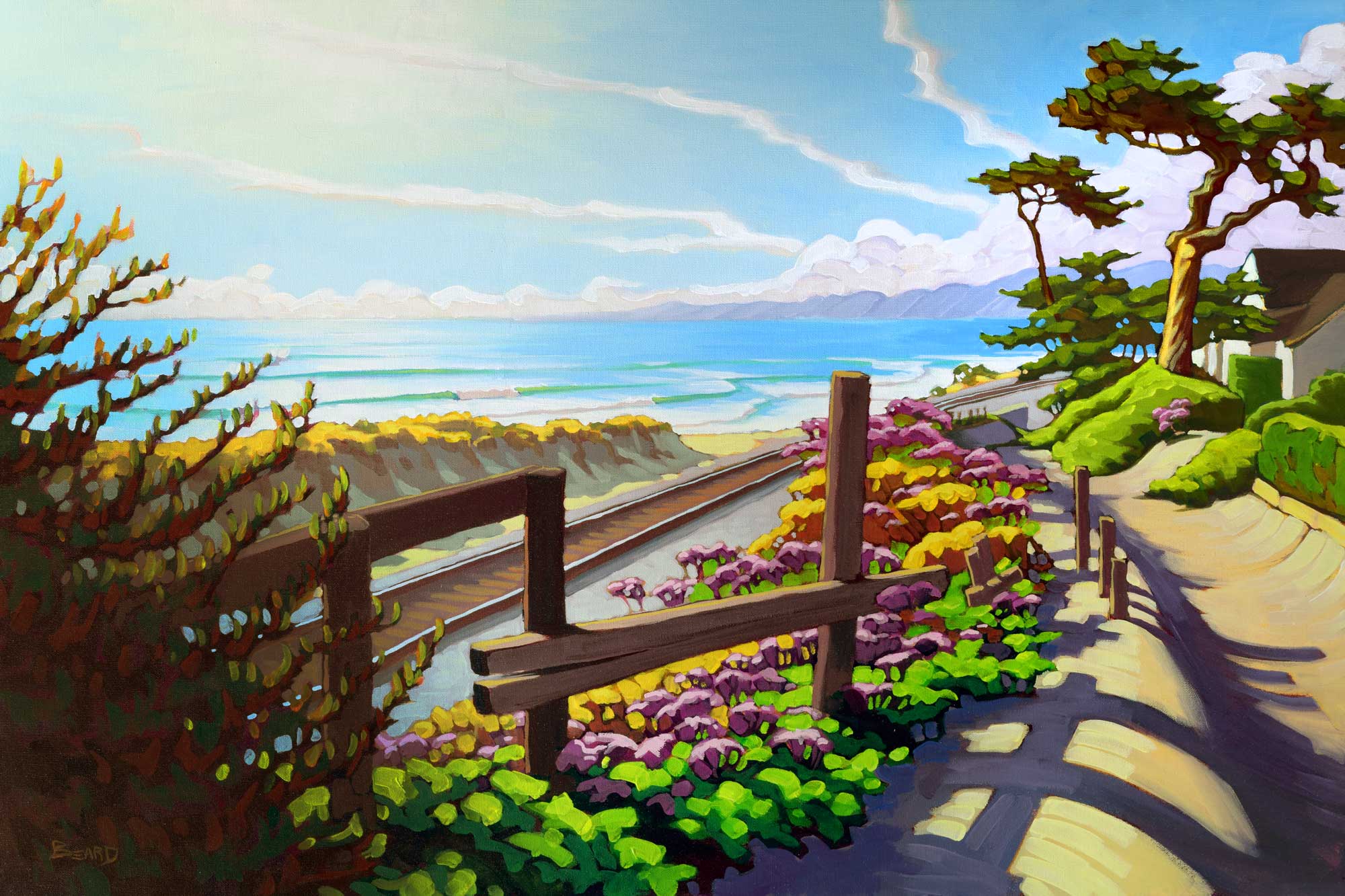 Had to spend a few afternoons​ here to complete this larger-than-I-normally-work plein air at the site of what once was the central hub of this coastal town, complete with a railroad station, dance hall, hotel, schoolhouse and an enclosed tidal pool for the turn of the century folk who would settle there. Remains of the short lived pool can still be seen at low tide beneath the eroded cliffs here. As with most coast towns, lots of changes have come through the years, along with occasional use of imminent domain laws.

That has nothing to do with my title here though. My first day painting here I figured I’d paddle out to sample the rolling reef waves out front on a hot afternoon. The second I make it outside and sit up on my board I’m confronted with the sight of a rather triangular dorsal fin lurking maybe 30-40 feet away. As I’m processing this sight, trying to conform this shape with a dolphin’s dorsal to no avail, and realizing it’s just barely moving and hovering on the surface as no dolphin I’ve ever seen would do, it’s snout barely breaches the surface as a wave passes by. A pointed angular snout, none of the characteristic bottle shape of a dolphin. That sealed the deal for me and I turned and slowly paddled in, trying to avoid sudden movement and attention. About halfway to shore, I realize I should probably spread the word to the handful of surfers on the inside reform just a bit north. They didn’t seem concerned, thought it was a dolphin, and said they’d never seen anything like that there. I said ok, and promptly caught the next crummy closeout in. Obligation: fulfilled.

Over 20 years of surfing in Humboldt’s notoriously sharky waters I’d never seen anything up close like this. The next two weeks were full of sightings around the area, and this was just days after the attack further up the coast near Ofre. A reminder of whose domain we play in.