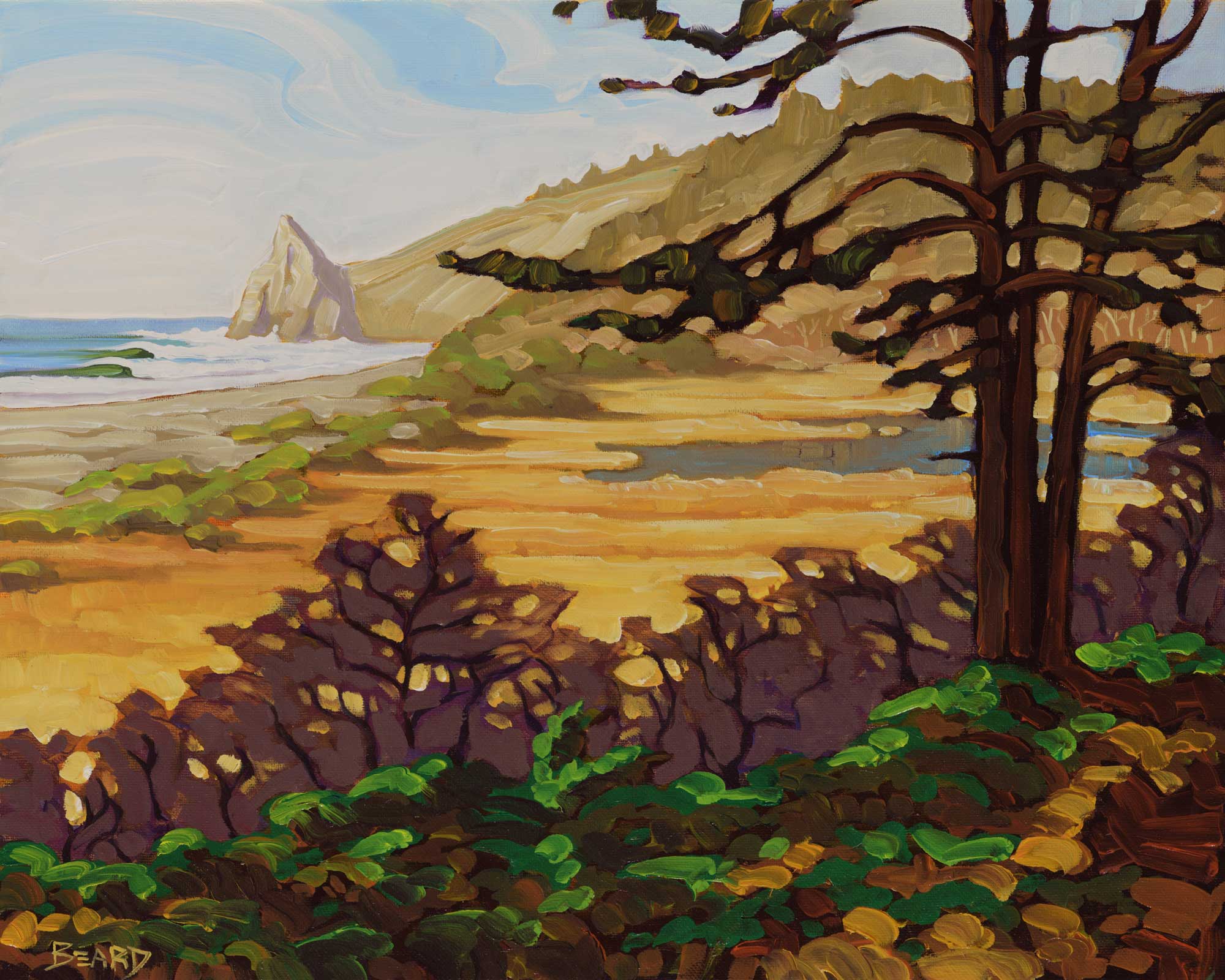 Painted this one two days ago for a friend. Without going into much detail, I chose the title from Tom Joad’s farewell to his mother in Grapes of Wrath. As I painted this much loved beach from an overview perspective not often seen, I thought of many that I have had to say goodbye to over the years and how there are times and places where we can almost feel as close to them as when they were still with us, perhaps closer even. A thick dark forest, impenetrable and full of mystery, seems a pretty fair metaphor for where they go who’ve left their earthly tents behind. From there they watch over us. So what then?

Ma: I don’t understand it, Tom.

Tom Joad: Me, neither, Ma, but – just somethin’ I been thinkin’ about.