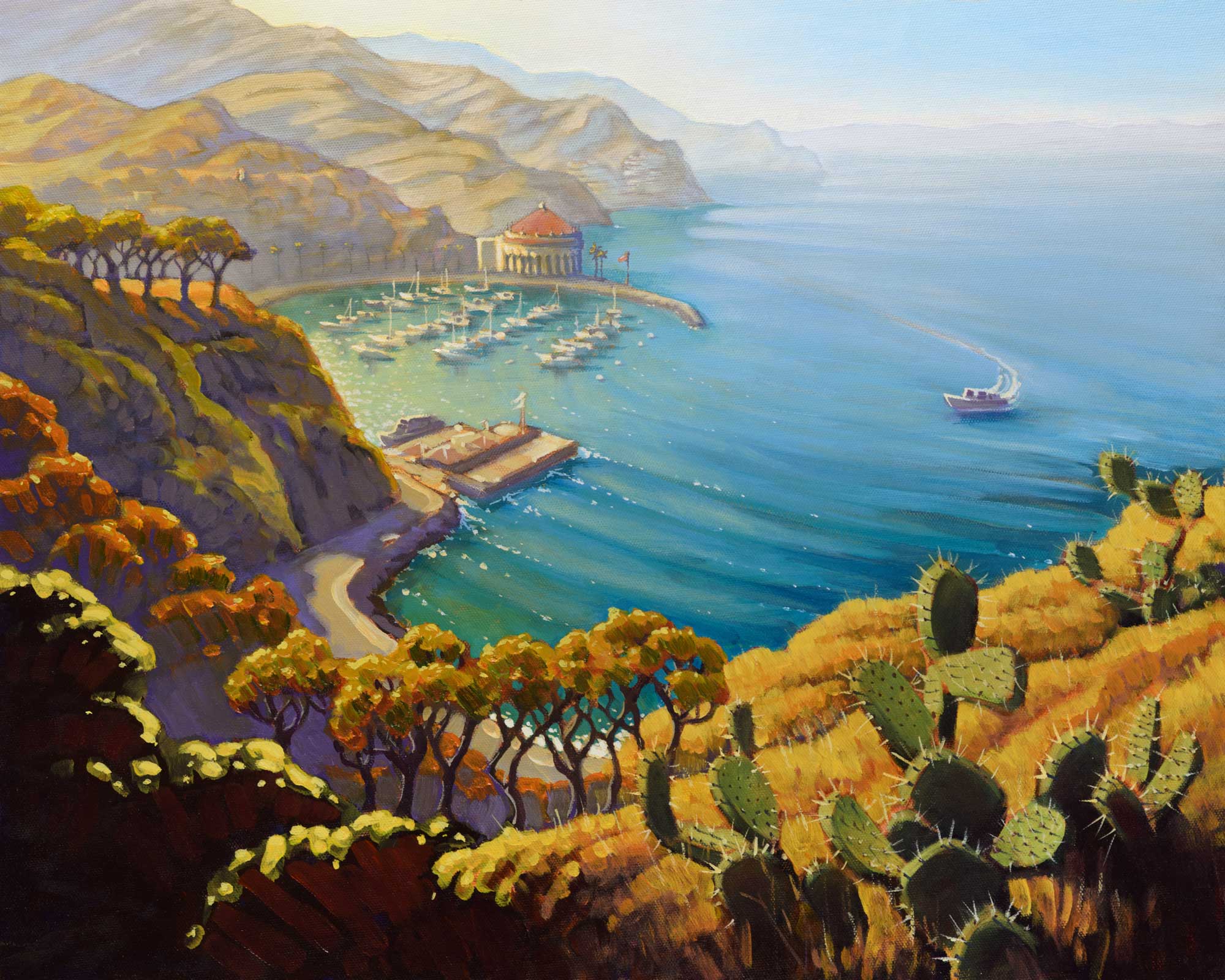 Did you know that King Arthur’s famed sword, the Excalibur, was forged here, and that this is the island where King Arthur himself passed away? Ok, that’s not true, but the little town tucked behind this little cove on this desert island was named after the island in that very legend, as recorded in the English poet Lord Alfred Tennyson’s Idylls of the King in the late 1880’s. I’m no king but this was a rather idyllic setting to paint an afternoon away, that’s for sure.