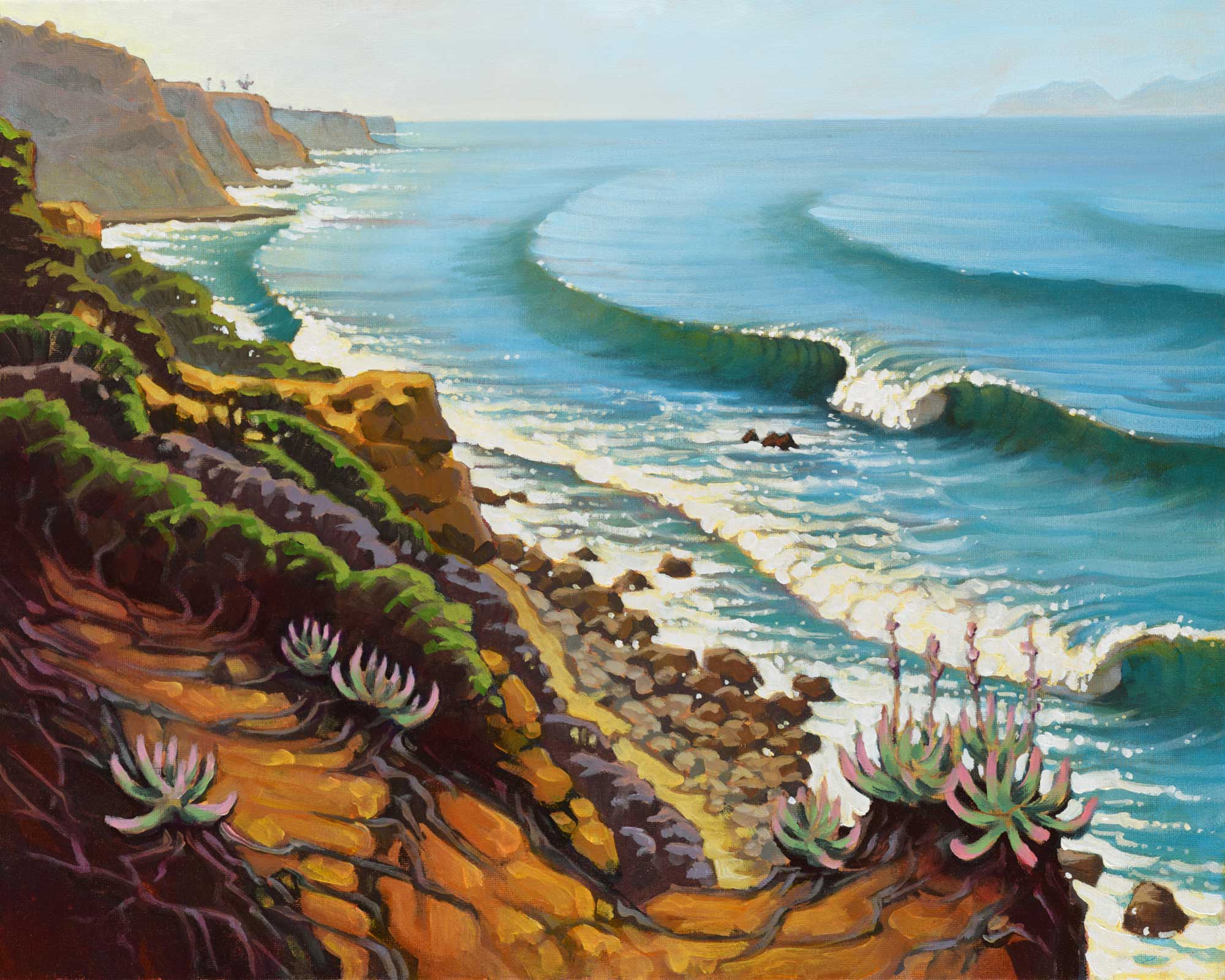 Access to this pocket of reef beneath sandstone cliffs is now through a private club serving coastal California’s elites. An old friend of mine grew up surfing here before the club existed.

The owner of the club is a rather infamous self-important jerk of sorts, and was probably here for an event, when security recently stopped my friend at the gate. They asked if he was on the guest list. Of course he was. He gave them a name. The guard fumbled with the list and with smug satisfaction placed his hand on the car as he was about to direct this unwelcome guest to turn around. My buddy glares at the guard and tells him to take his hand off his car as though he’s the boss himself. (It’s a nice ride, and he keeps it spotless.) The suddenly off-gaurd guard removes his hand, stands up straight, and my buddy blows right past him and heads past the clubhouse to his usual spot, and makes his way quickly down the bluff for a fun session.

Places like this hide in plain sight, existing squarely between two worlds. The elite and the illicit. The billionaires and the bankrupt and all that lies between.

And I hid in plain sight while painting this. Out of bounds and over a roped off area, sneaking a view of this peak, in clear view of any hired staff who may or may not care that I was painting where I was.  Only one way to find out. I went after it fast, laying a sketch at breakneck speed, so that if I got the boot I’d at least have enough started to get ‘er done later.

This would mean a lot to it’s eventual owner, a surfer who pioneered this wave that had long been considered unrideable. He rejected the blatant territorialism that was familiar to the north and south of this place, inspiring the next generation to guard the spot with aloha and skill instead of zip codes and fists. My friend above was part of this generation and he rallied the crew to have me paint this as a gift of gratitude for their respected elder. It’s an honor I can hardly describe, and I hope it brings back a million good memories every time he looks at it.