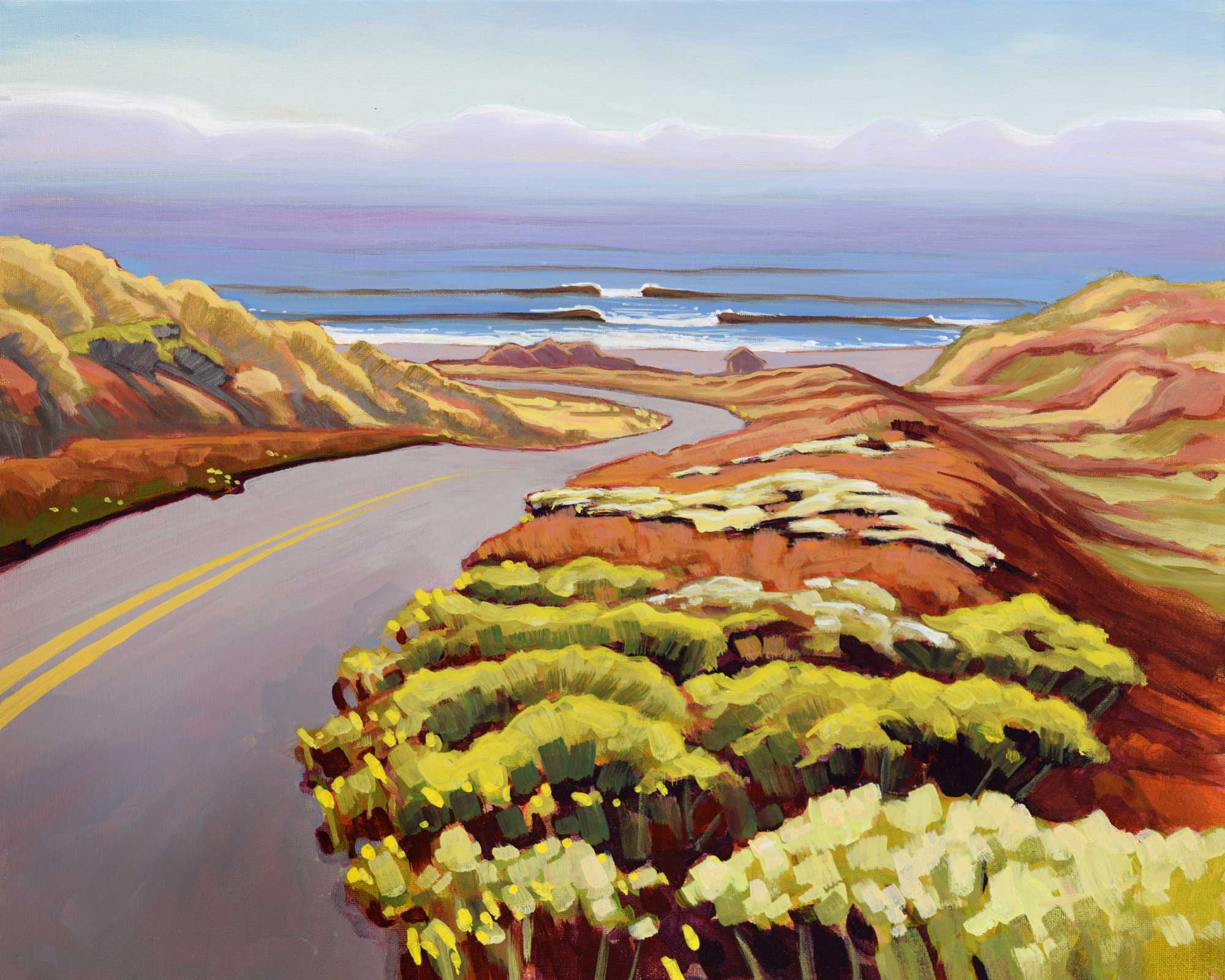 I imagine it was only a seasonal closure, something about nesting birds on the sand dunes, but it rattled my whole game plan. This isn’t a place one just passes through on the way down the coast, you have to really make the effort to get off the beaten path to find yourself out here. Once you do, especially if it’s on a quiet weekday, it’s one of the most amazing places in California. But even so, if your whole plan was to march up the dunes to capture the beach scene here for a dear friend from your youth, it’s a bit frustrating to be met with signs and fencing marking everything off limits except the parking lot and the beach itself. I like to be outside of a place and looking at it from a decent distance when I paint a location, so sitting on the beach just wouldn’t cut it. I found the only vantage point that offered a distant perspective was from the side of the freshly paved road that led to the beach here. As I took in the scene I realized the road was boldly part of the landscape and it gave me a moment to reflect on the different roads we take in life. Hers and mine parted many years ago. This was her new road. I’d never been here before, and (being that I have a bit of an aversion to painting long straight sandy beaches) probably wouldn’t have come at all if she hadn’t asked me to. Realizing this, I made it part of the painting on this beautiful morning just as the fog lifted.

Later that night, I’d end up sleeping in the van illegally in this carpark at the end of the road. Restless at one point in the early evening, I got up and walked this road by starlight. The wide road providing an easy stroll in the dim light as the night mists hung over the low vegetation on either side. Not a soul around. Just a traveler alone with his thoughts, passing through in the night, and gone again at first light… (to avoid the rangers mostly, I am not an early riser by nature).