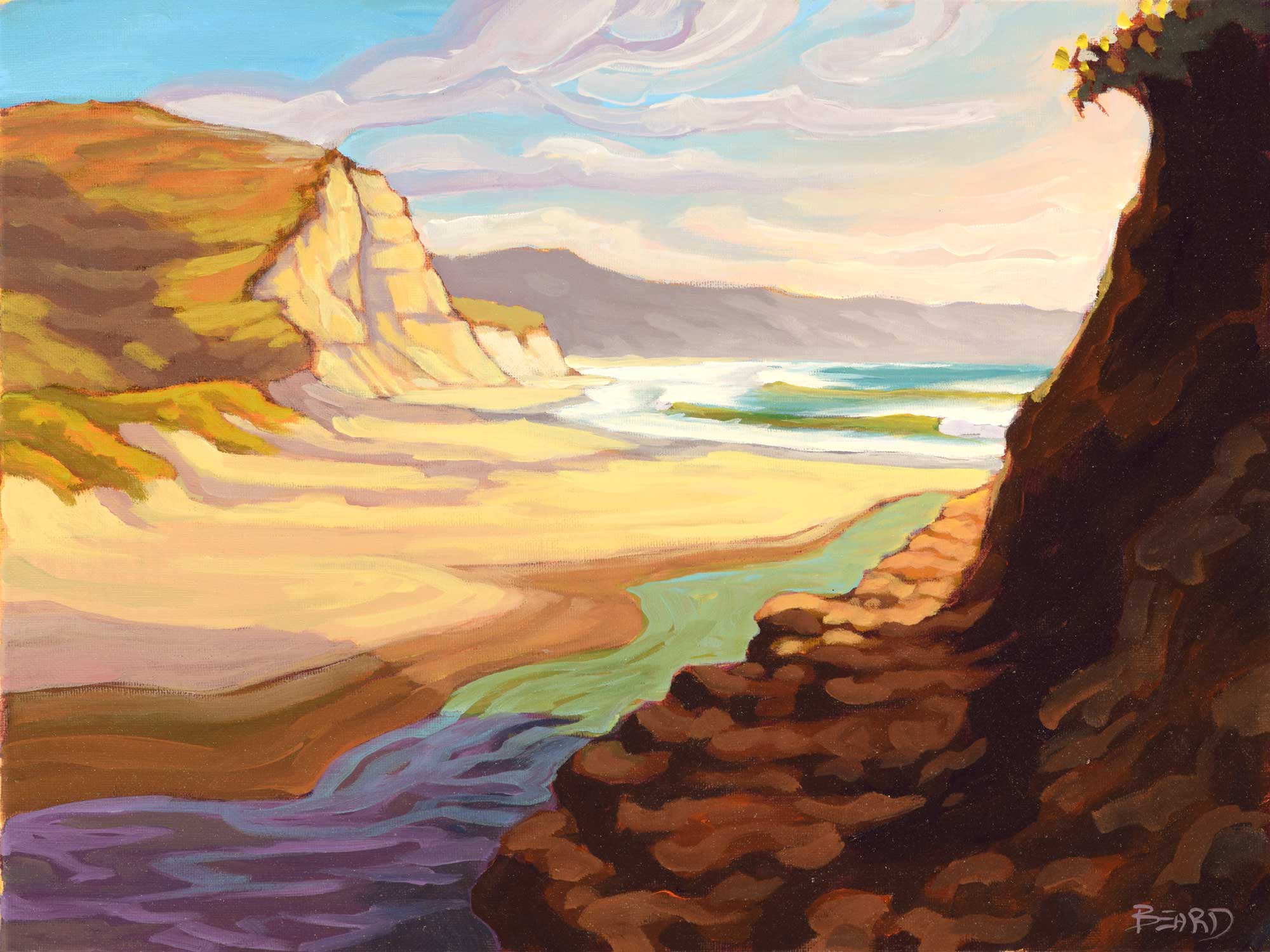 I’d hiked this windswept beach for hours through the midday heat when the sun is at its shadowless peak. I was looking for a few things- a painting mostly, but also a wave or two. What I found was mostly wind. Lots of it. Blowing hard offshore early in the hike, then sideshore as the coast gradually bent to meet it. Just once it stopped briefly, then switched gently and met me face to face, greeting me with a holy sprinkling of sand, curiously examining this bearded fellow with the funny backpack. Not threatening but not welcoming either, whispering a cautious reminder of what she did to those Spaniards the other day who attempted to sail her waters. I told her what I was looking for but she said nothing and flew violently back to her Maker, leaving me to search in vain for a spot to paint that would convey the desolate beauty here. Even if I’d mustered the mojo to scramble up the cliffs for a better view, my gear would have surely blown off and out to sea before getting too far. Still early in the afternoon, I was resolved to find some sort of windblock in or near the next ravine. The steep wall that sheltered me there would surely cast its shadow soon. The tide would fill in and cover the wet and rippled sand along the rock wall on which I perched. I would wait patiently and go after it when the time was right. After a long while 3 things became clear. First, the afternoon brought a shift in the wind and I was no longer sheltered, canvas bouncing like a kickdrum at a punk rock show, and my heavily weighted easel threatening to set sail with each gust. A brush in one hand, my easel in the other attempting to ride this bull to completion. Secondly, the tide had peaked and the water would not crest the berm today. And thirdly, the coast here hooks so unusually that I had no bearings on direction when staring at the overhead sun and grossly miscalculated its arc. This ravine would remain lit up and shadeless for hours to come. I’d already blocked the painting in, anticipating these changes and really enjoyed the way it was looking, so I did what any fool that speaks to the wind might do. I kept on going, and that was her answer.