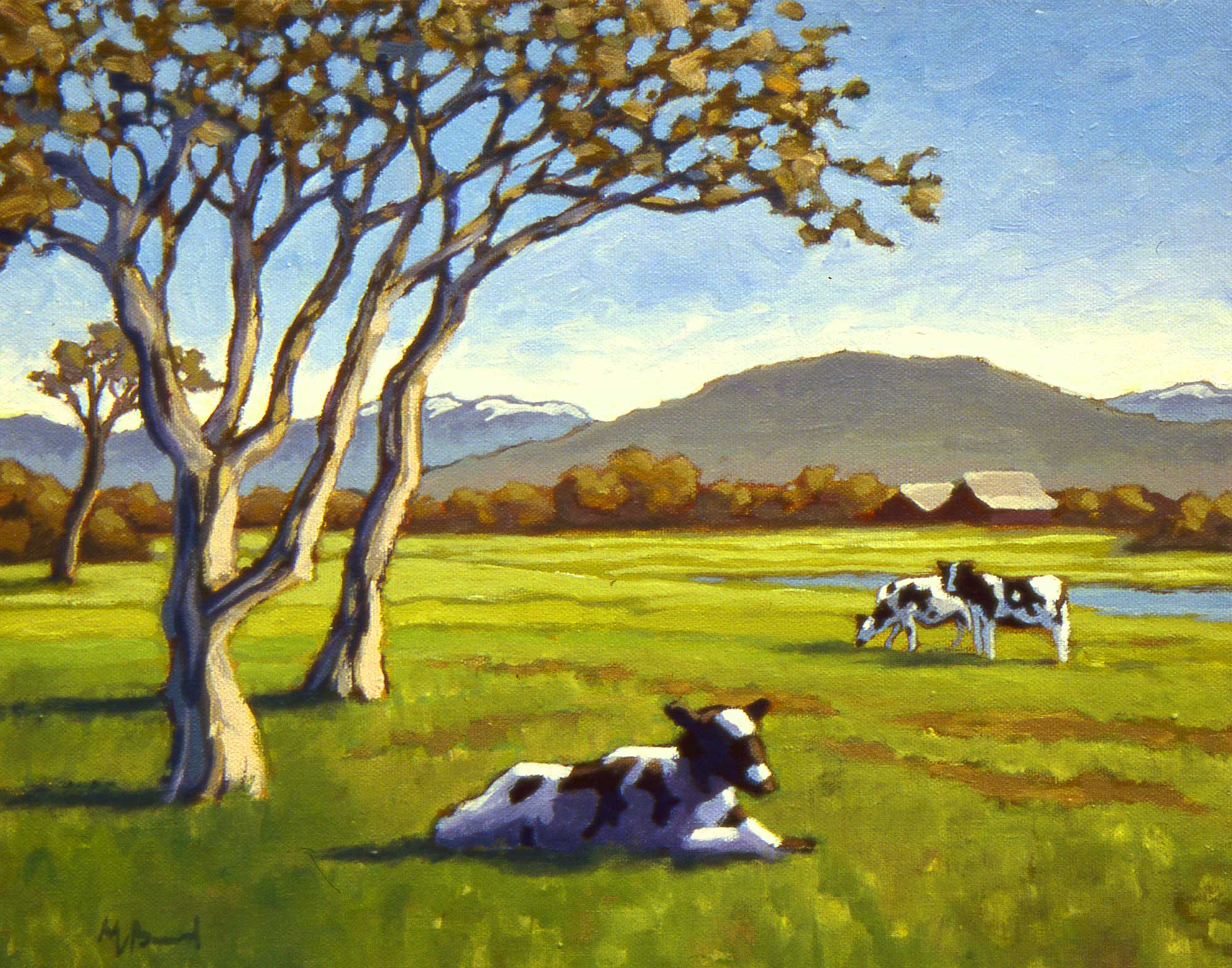 While painting this one from behind a rusty barbwire fence running along the overgrowth by the riverbank, I had an odd thought of what would happen if a cow came charging down the little path I was on. I sorta game-planned how I would step back into a little clearing behind my easel to let it pass, then dismissed the thought as the product of too much coffee working on the ol’ brain. About halfway into the painting I heard some rustling in the brush up a little ways, and sure enough, COWZA! I stepped back as the bovine stomped its way happily down the trail, out to the road, and off down the lane. I went and knocked on what appeared to be the farm house door to let them know of the great escape. They just shrugged and said it happens all the time, them cows are all branded anyway, she’ll be brought back soon enough. OK, back to painting then. Interesting times.