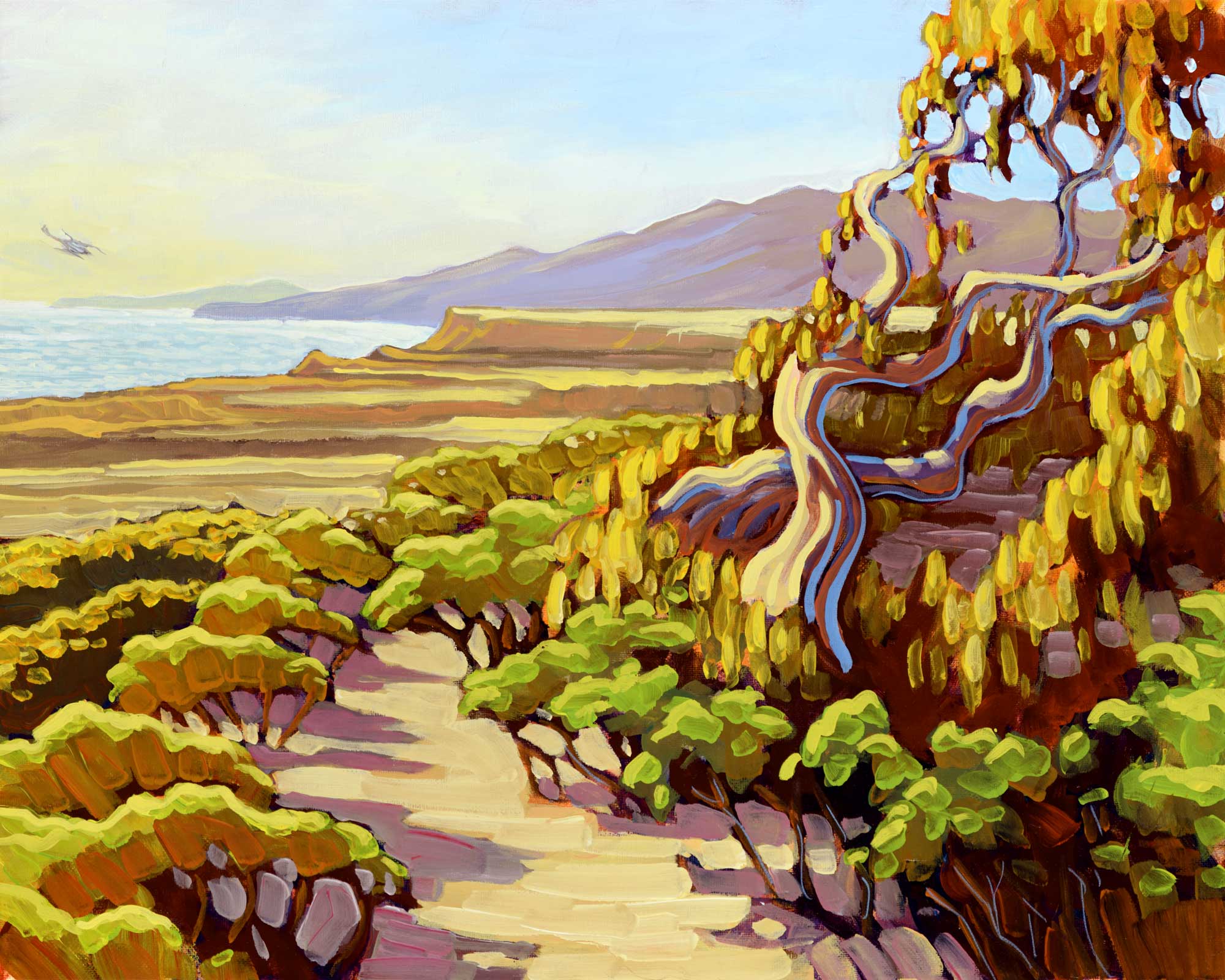 A brief stopping point in the middle of one of California’s Coastal military bases. Access is difficult in these zones so my only option was to pant from a roadside viewpoint- just a quick row of parking spots for travelers to pull off the highway and snap a photo or two of the sunset, or themselves, or both. There wasn’t a whole lot of room to explore, just a narrow fenced in strip around the perimeter of the carpark. I contemplated painting the cars themselves and thought better of it as this place is really defined by the open space carved out for military purposes and not so much a civilian destination. Miles of rolling hills, many now alight with blooming mustard flowers of spring, have been left in a more or less natural state here, free from the certain development that would cover this prime coastal real estate with just so much of the same as everywhere else, and for this, I salute our armed forces. Speaking of the military, those helicopters are loud. The first 45 minutes were fairly quiet while painting, but then came the thundering skybirds in steady and rapid succession for the remainder of the session. I had the distinct sense they had noticed what appeared to be a very curious hobo lurking near the carpark with an odd array of equipment strewn about the ground around him. I’m never quite sure how my program looks to an outside observer, especially from the air. But either way, I could see them staring out as they circled periodically. I waved a few times, but never saw my gesture returned. It’s quite possible, and highly likely they were just doing their flight practice and training completely oblivious to me down below, but either way I was glad of their presence, as it gave me ample opportunity to observe their hovering forms in the sky and sneak one into this painting of an otherwise idyllic pre-development scene of coastal southern California.