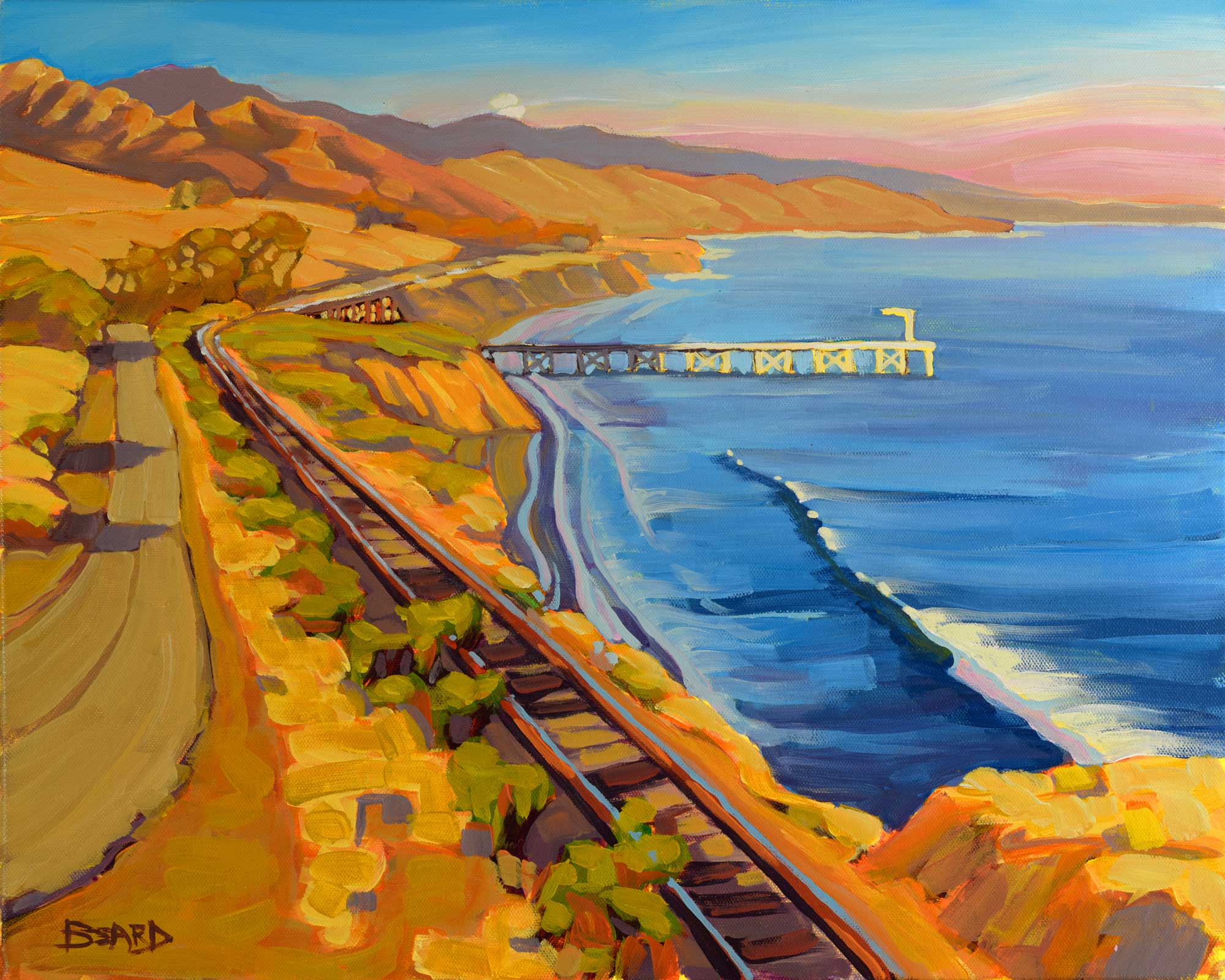 Tonight was a victory for the mobile studio van. I often paint from the back of the van for protection from sun/ wind/rain, etc… But this particular evening the wind was howling so strong down these coastal canyons that it was hard to paint in the van even with all windows up and only one back door open for the view.

I do believe it would have been impossible without the shelter the van provided. But even so, the van was shaking so much the brush never seemed to land where I thought it would so this one is a little loose around the edges.

But without the van this one could not have happened at all. It is by far the best studio I’ve ever had. Compared to my home studio it gets much better fuel mileage, and the view can’t be beat either. Stoked to have been able to paint this late afternoon/evening light on such a beautiful piece of California’s coast.

Post-Edit: In hindsight it was very much like painting from a small boat while two buddies sit fishing and climbing around to reach the beers. Non-stop movement rocking the boat. Like being drunk enough to fail a sobriety test asking you to touch your nose, but without the buzz. Don’t ask how I know this, but I do.