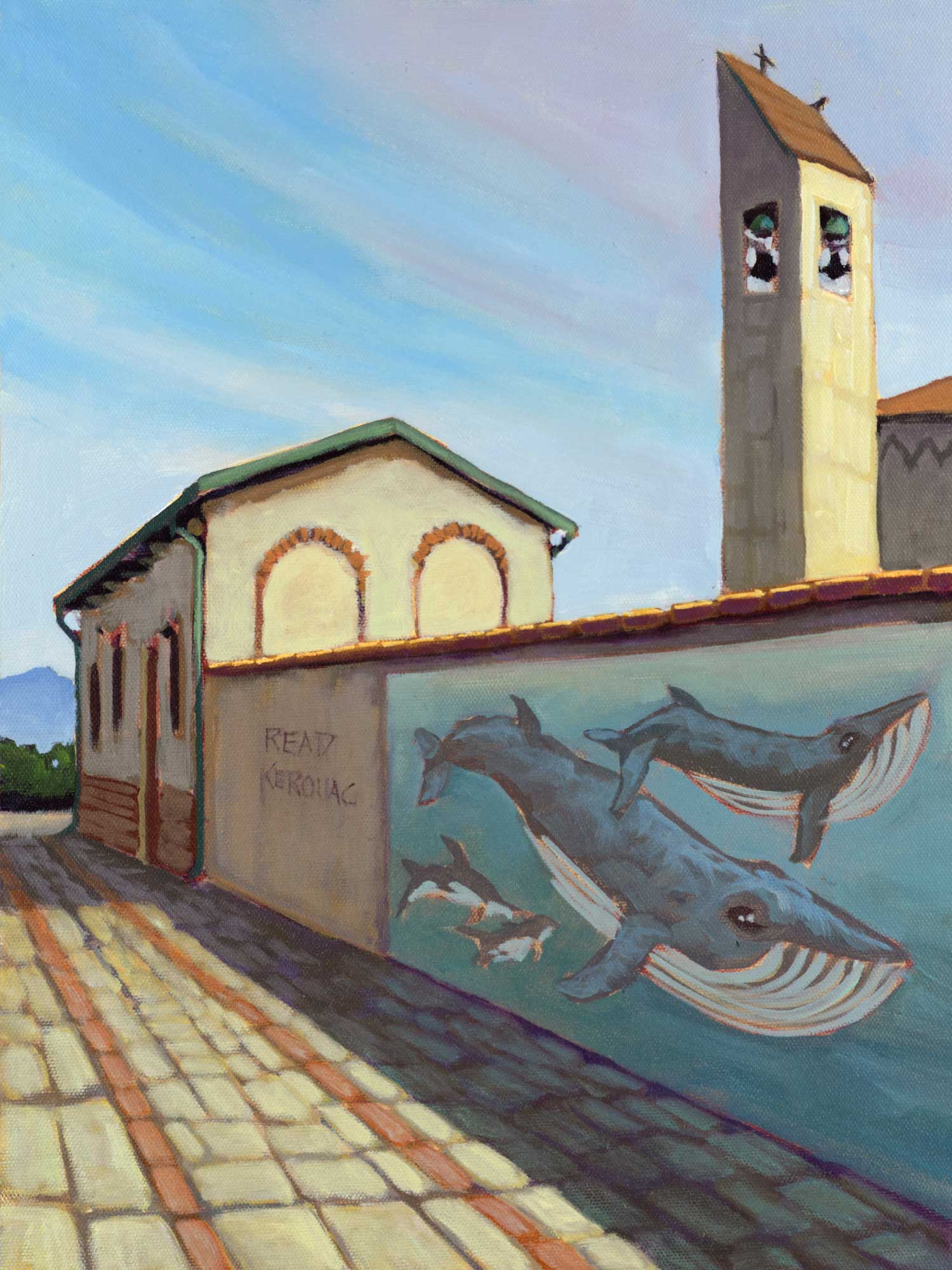 “The only people for me are the mad ones: the ones who are mad to live, mad to talk, mad to be saved, desirous of everything at the same time, the ones who… burn, burn, burn like fabulous yellow Roman candles.” ⠀
-Jack Kerouac, American Poet and Novelist (1922-1969)⠀
Printed and taped on my father’s fridge by my sister (1968-2014)⠀
⠀
Ok, hold on tight… ⠀
⠀
Enter Tom Curren, stage right, guitar in hand, gliding across an old Persian rug on roller skates. The same rug on which I stood painting live to his music after a surf festival just north of San Francisco. The same rug on which just a few hours earlier I nervously met Tom backstage behind a translucent screen where Jason Baffa’s film Bella Vita played (the part where Chris Del Moro paints a mural in Italy). The same rug that once belonged to Jerry Garcia, who was greatly influenced by Kerouac, and who also once laid his hands on my own mother’s womb in Golden Gate Park in 1969 and blessed my unborn sister who went on to live a fabulous Roman candle of a life and introduced me to Kerouac’s work before cancer extinguished her visible flames. ⠀
⠀
Bella Vita. Although my first encounter with the film proved deeply significant, I had no way to know just how far that magic carpet we stood on was going to take me in just a few years. If Jason Baffa hadn’t made that film about Chris Del Moro returning to Italy, Dwight Harrington wouldn’t have seen it and been immediately inspired to plan his return trip, catching me up in his slipstream. ⠀
⠀
Shortly after Bella Vita was released, Chris asked me to do a painting up in the hills near his home in California. I arrived with friends and we descended into Chris’s world like characters from a Kerouac novel and proceeded to hoot and holler and drink the afternoon right into evening, resulting in a rather questionable painting. He was gracious, but I knew I’d make it up to him one day. ⠀
⠀
Today was the day. I set up the easel in front of his mural in Italy and painted the scene in plein air. A gift for a friend. ⠀
⠀
Graffiti on the wall simply read, “READ KEROUAC.” Just two words, but oh how they burned, burned, burned…