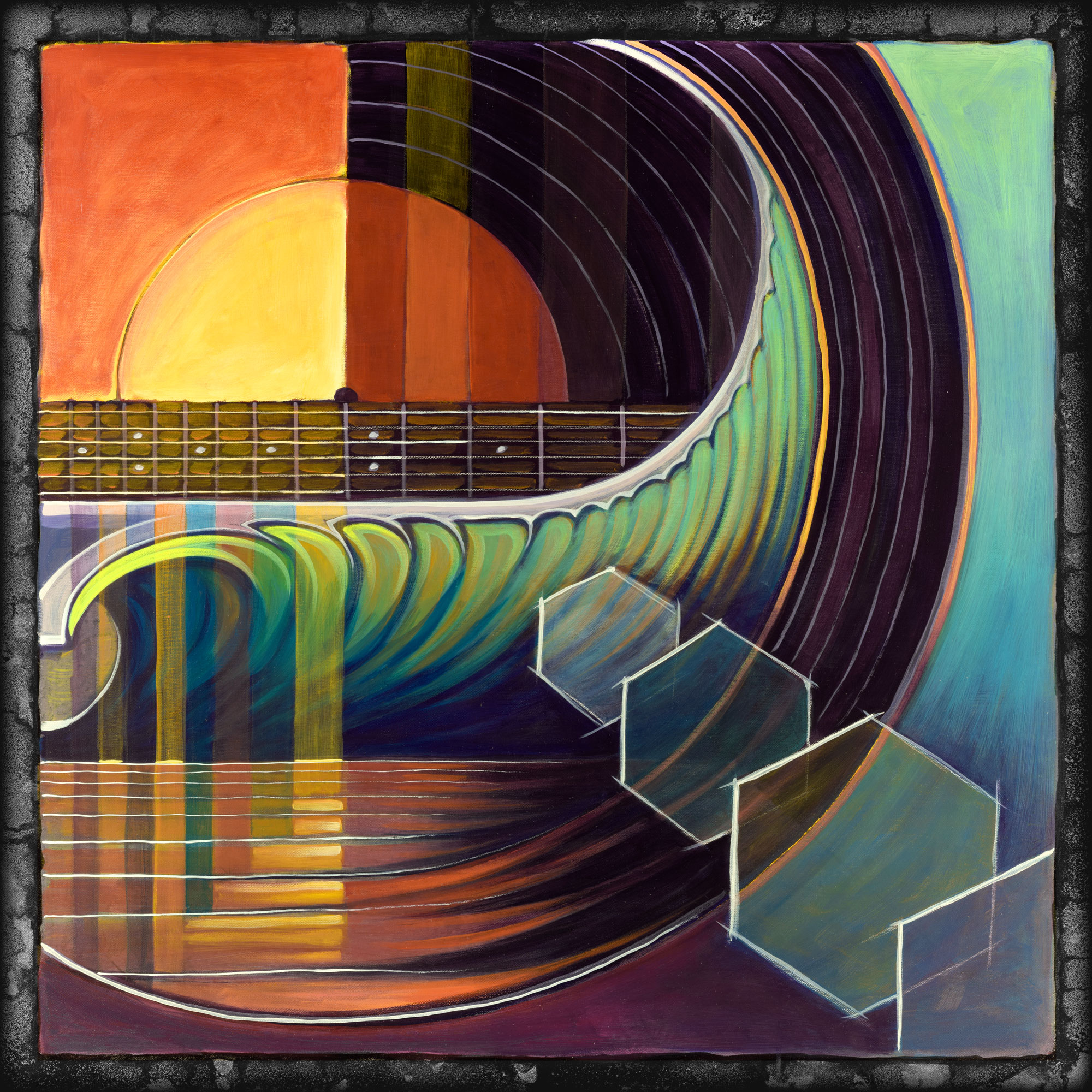 I painted this one during a Johnny Cash tribute set at the Eureka Theater during the Redwood Coast Music Festival while the painting (and occasionally my big fat head was projected on to a 30 foot screen behind the band). Slightly awkward, but hopefully a fun visual to compliment the music.

Thinking of Johnny Cash and the music he produced, it got me thinking of vinyl records. Like a drop in a pool of still water, the rings emanating outward from that single point. (I know it’s a spiral really, but song by song with the little spaces between em, they’re circles alright?) Those albums played the world over, each one like a stone tossed into another pond, resonating with listeners from all walks of life, reveal the power of music to speak to our souls.

Thank you John. Thank you.

Every song has its roots in water.

This series was created live during the Redwood Coast Music Festival inside the Morris Graves Museum of Art. The overall concept of the series was to explore the connections between music and water, through a set of shared geometric structures.