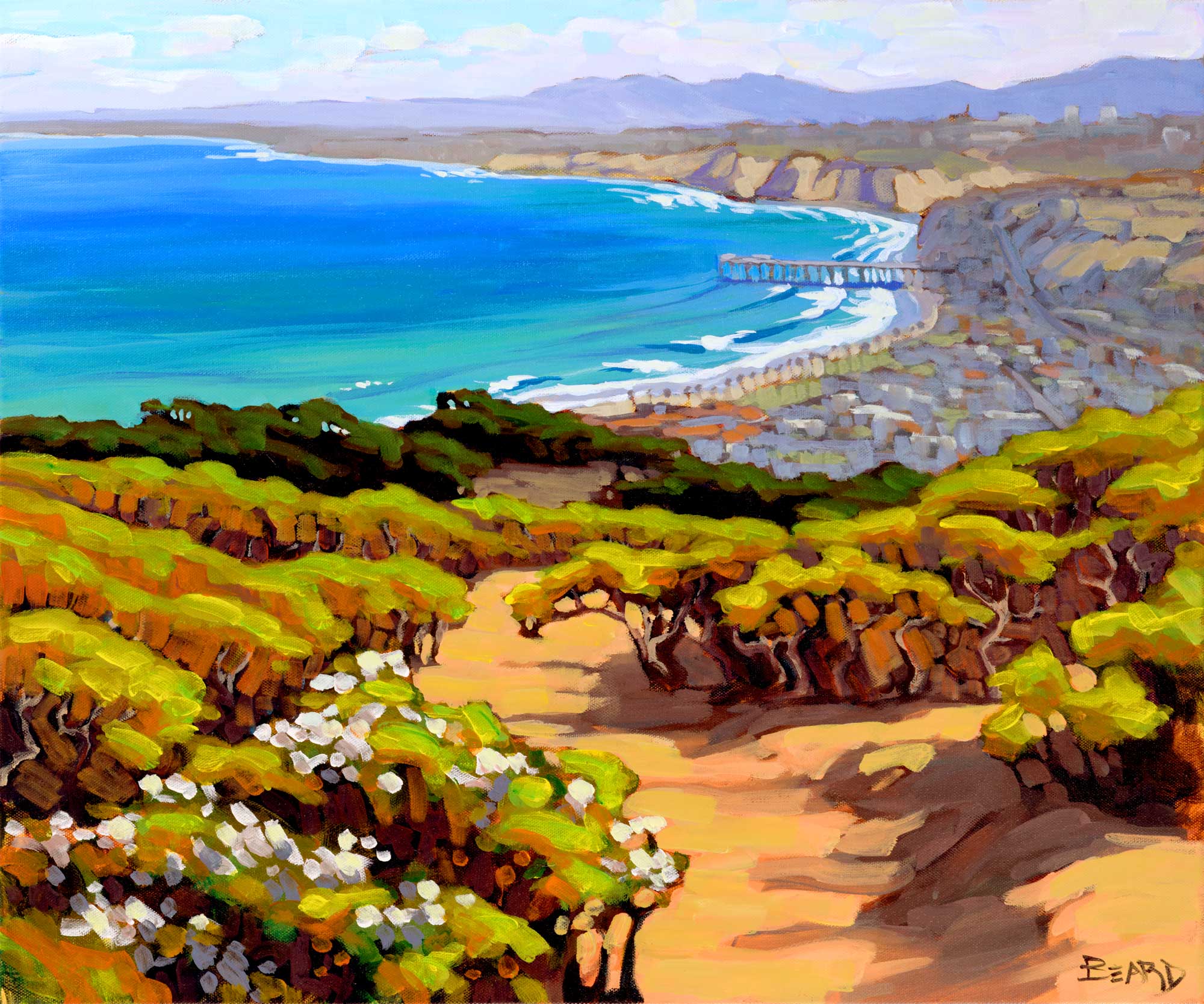 From the day I was shown this view, I looked forward to painting it. A sweeping vista of the coast revealed a summary of the region: a densely populated zone, but scattered with open spaces of arid beauty. A fertile ground from which to gaze out and ponder the absurdities of life that we take so seriously from sea level.

Dr. Seuss lived here. Not just metaphorically in the state of reflection on life’s quirkiness, but really, he literally lived right here. Behind this scene is the quiet hilltop neighborhood that he called home.

As I painted these two pieces side by side during a several hour session in the sun and heat of an early summer day, it crossed my mind that the good Doctor himself likely spent time out here walking these trails and enjoying this same view.

During the course of these paintings a few people stopped to chat, mostly because I was sort of blocking the trail and they had not much choice but to interact as they passed by.

But one particularly well dressed gentleman, gray hair, and a short gray beard, really seemed to take an interest in what I was doing on this hill. He mentioned he was “a bit of an artist” himself and enjoyed all sorts of art. He said he lived in a house “right over there” with a wave of his hand toward the home of the late Dr. Seuss.

Oh, I know full well this was just a man who lived in the neighborhood, perhaps even in Seuss’s old home, or at least very close to it. But even while knowing that, I am content to entertain the odd delusion that in some inexplicable way, I may have just met Dr. Seuss himself, and he likes my art. He never tried to buy the paintings (probably hard to do from the Great Beyond) but still, it’s great to know that the man who was likely responsible for the earliest influence in my art life now approves of what I’m doing today from over on the Other Side.

Well, at least in my delusional mind anyway…