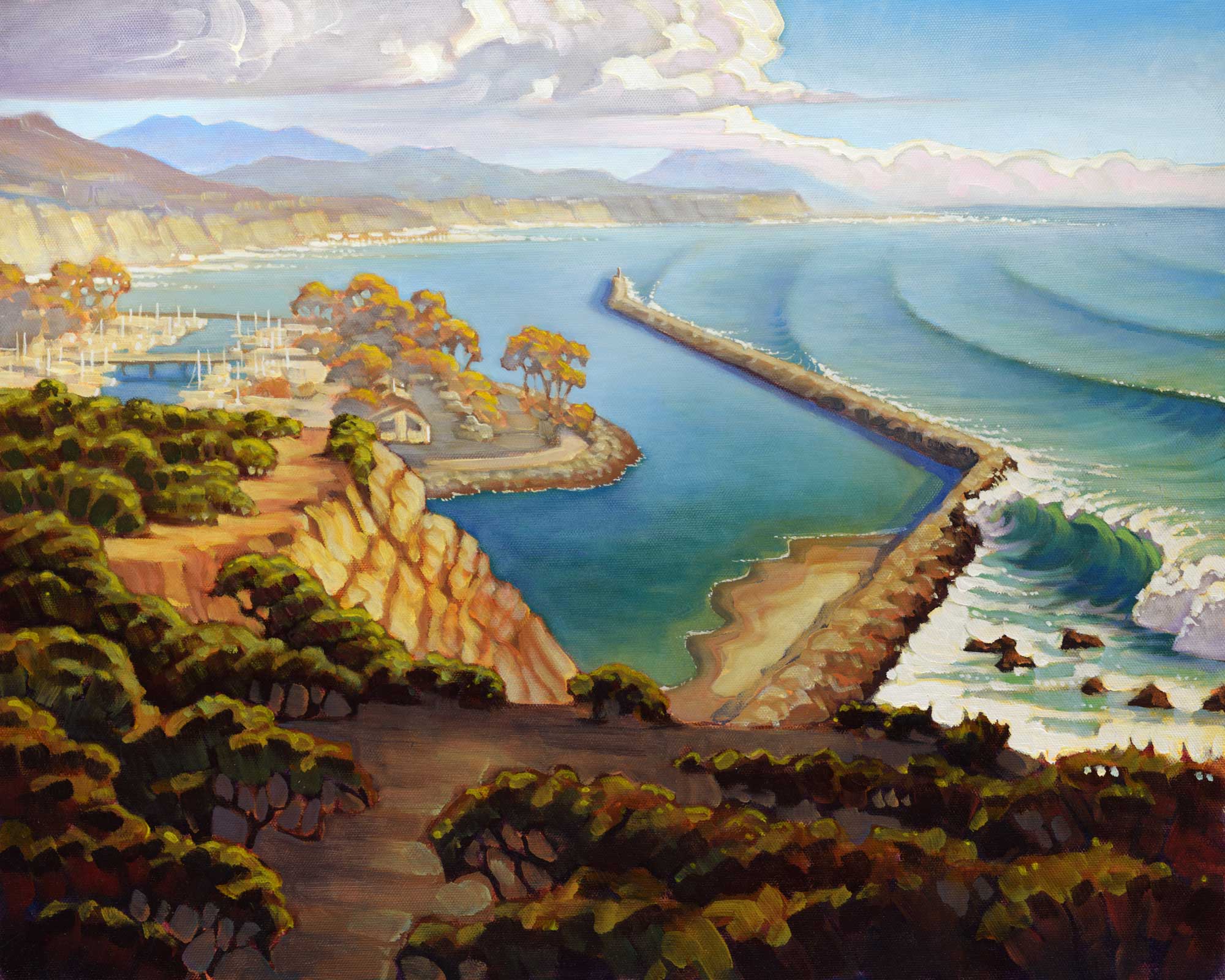 To kill a killer. Justice served. Except in this case I don’t think the killer ever actually killed anyone, and even if so, it was certainly not intentional. “Killer” was only a nickname. In fact the “killer” was much loved and revered by California surfers until 1966, when capital punishment was dished out and the “killer” would be no more.

You know what I’m talking about. But if you don’t it should be too hard to look up. The clues are plenty.

I will say this though, my wife’s family was from this little town. There’s even a massive photo of her grandpa Mel on the wall hanging in one of the hotels down in the harbor. There he stands to this day, grinning, shirtless, holding behind him a redwood surfboard that must have weighed more than any of his 4 children at the time.

I recall asking him about the harbor that was built here that ended the days of the “killer”, and he seemed confused that I asked him if he was sad to see it built and ruin such a great surf spot. He said flatly that the harbor was the best thing that ever happened to this place. I wasn’t about to push this any further with him. A matter of perspective I suppose.

It’s a beautiful headland, and a beautiful harbor at that. I just couldn’t help but hint in this painting at what once used to happen when large swells marched into this cove before the breakwater effectively stopped them in their tracks.