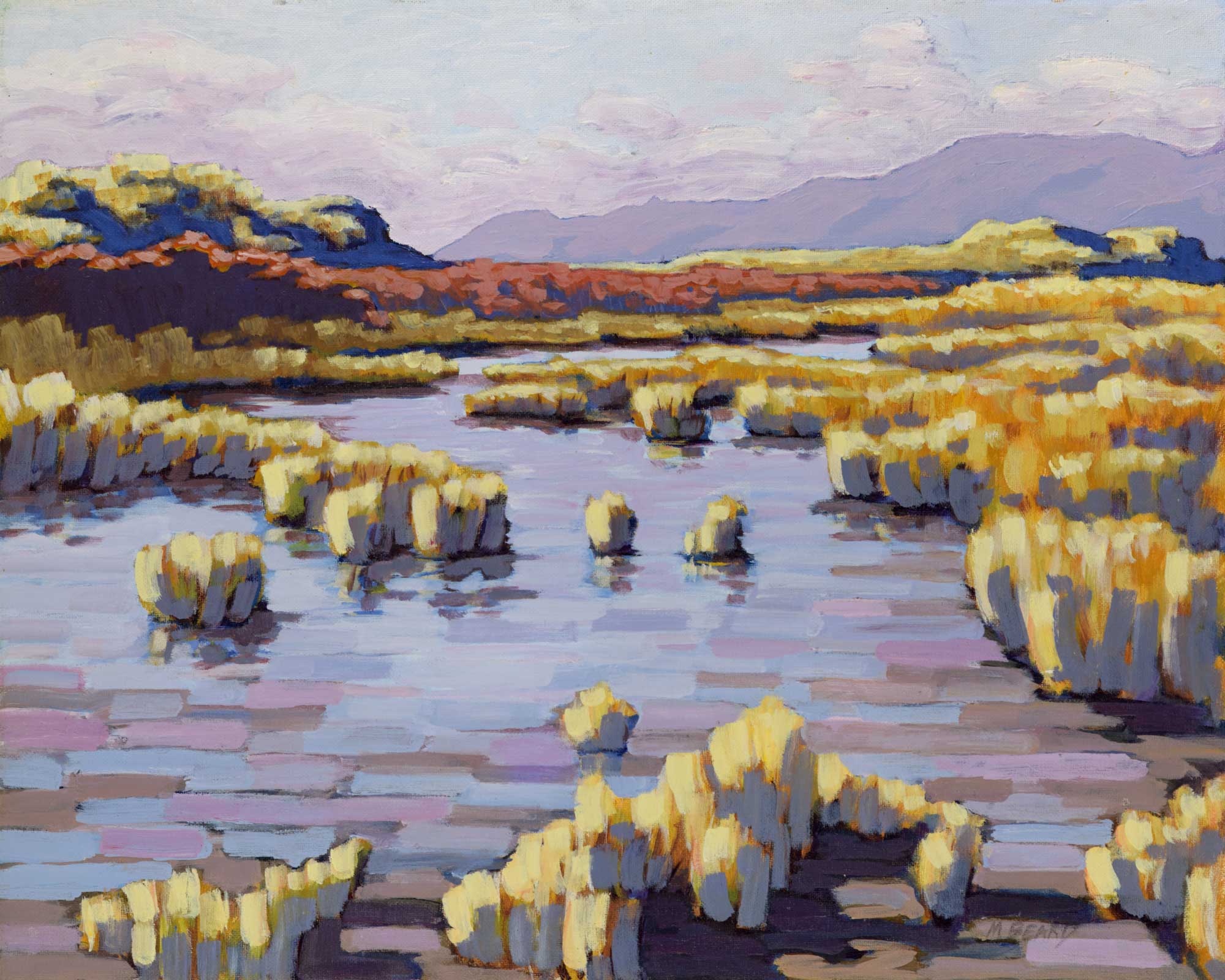 One of the last plein air paintings I did before my first daughter was born. When she came along we bought a house and painting was put on hold for several years while frantic nest-building ensued. That was nuts. Two weeks before she was born we were walking to the gas station down the street for the restroom. My wife had taken to cooking on a campstove on the back porch. We managed to get one room finished along with a functional toilet/shower, and stove by the time she was born. Then it was a race to finish the rest of the house and floors before she started crawling. We stayed one milestone ahead of her and managed to pull off a nice little remodel, but it would be another ten years before I’d start painting outside again.

But yeah, distant memories now… I’d forgotten about this painting entirely until a collector recently notified me it was up for sale on craigslist. Once I saw it, I immediately remembered the day I painted it, scouting around for hours being all kinds of particular about the view not being what I wanted. I probably passed up 35 great paintings before settling on this one. I’m pretty sure my thinking at that point was just to not go home empty-handed. I don’t recall what came of the painting- who bought it, or if I gave it away or what, but I was pretty stoked to see it once again. When my collector friend bought it and brought it over to my studio for some touchup, varnish, and re-framing it was a little like being reunited with a long lost child that had gone off into the world and lived a life of its own now back to say hello to Dad once again before heading out on another chapter. I wasn’t so sure of it back then, but now after all these years I reckon it turned out alright after all.