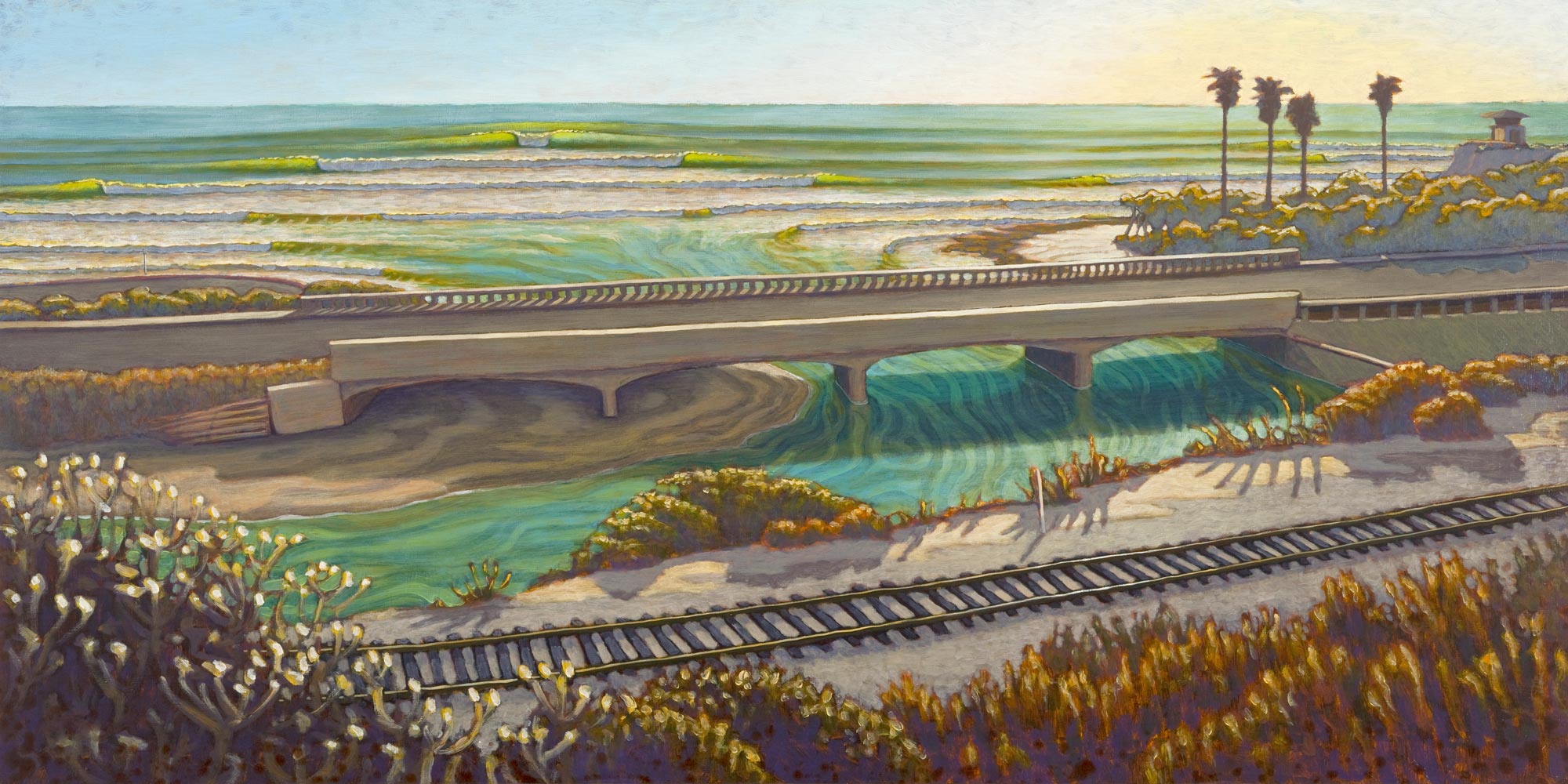 This is one of the first paintings I painted of this location. I’d go on to paint many more over the years, but none quite as refined as this one painted over ten years ago. It was
painted at home in the quietness of my studio.

This is as good a time as any to point out what I love about painting on location in “plein air” instead of in the studio- real stuff happens out there. You never know what you’ll see when you post up for a few hours in a single spot and simply observe the world around you.

The last time I recall painting here on location with a friend, as we stood at our easels on the side of the frontage road above the train tracks we heard some yelling down below, just to the south. Some folks across the inlet were yelling at a hobo lady to get off the tracks. A train could be heard in the distance and after a string of fatalities on these
very tracks, nobody was eager to see another one.

As might be expected, hobo ladies don’t like to be yelled at any more than you or I would, even when we’re doing something foolish, so she did what any self-respecting
hobo lady might do and promptly flipped the bird to all. To the shouting crowd, to the painters on the cliff, and to the oncoming train.

You could hear the train straining to come to a stop, whistle blowing, tension rising with each passing second revealing the momentous impossibility of this train stopping in time. It appeared a certain suicide by desperate defiance was about to unfold.

At the last possible second the hobo lady stepped off the tracks, and of all the times to slip and fall on one’s rear end, this was not the best of them. The train just missed her
head and finally came to a stop 50 yards down the line.

To her credit, even though she fell, she never dropped the bird. Take that, world. She quickly regained composure and sauntered off into the bushes as the conductor got
out and walked the line, likely looking for her lifeless body, which would not be found today, thank you very much.

Just another afternoon on the coast route.