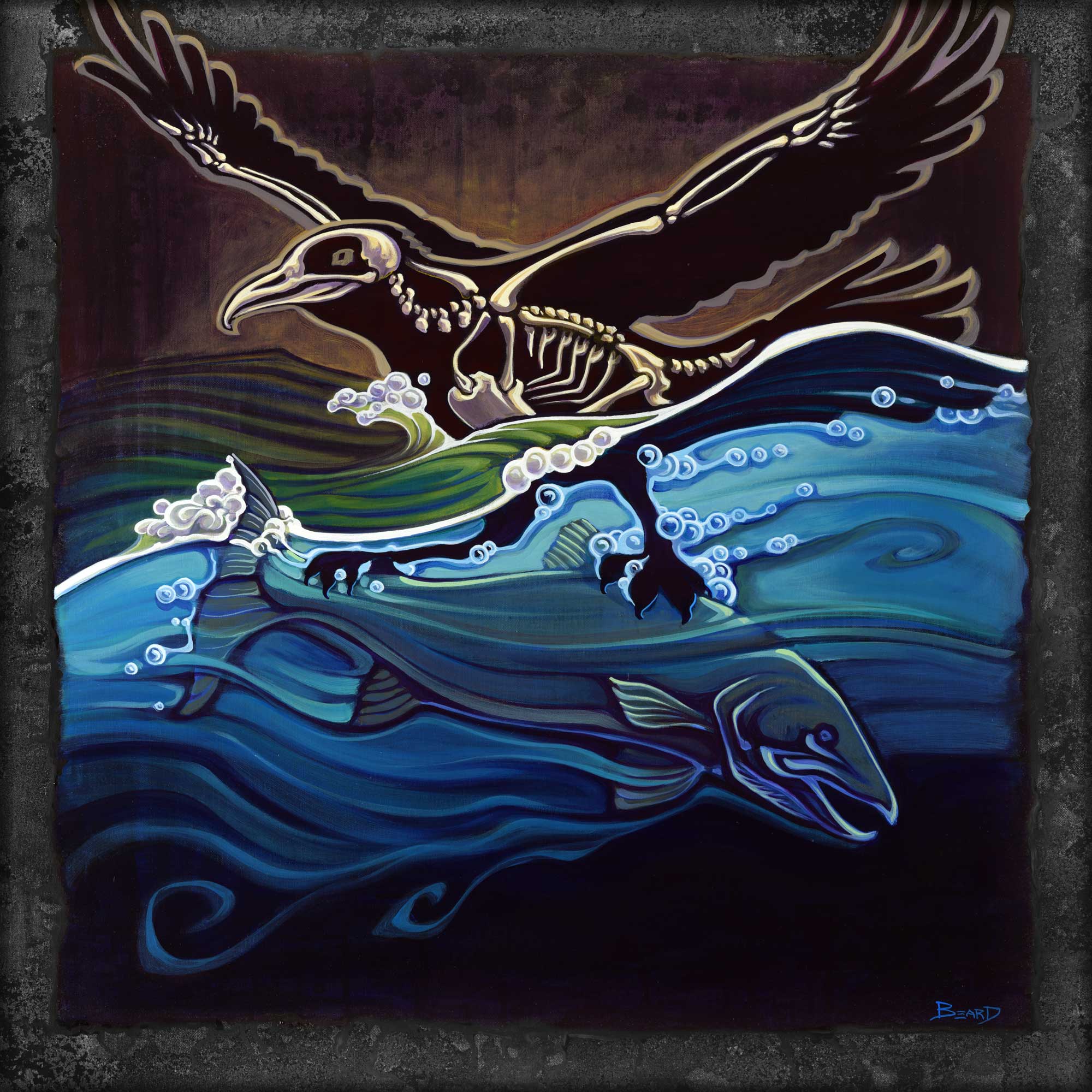 Studio redux of recent live art concept. A few weeks back at a benefit for Standing Rock I painted a different version of a bird swooping down to grab a fish out of the water. In that one the bird was just a dark silhouette and the fish ended up with a non-intentional pacific northwest native vibes. Very Kwakiutl-esque. The end reselt gave the piece a very ominous tone in light of the conflict the tribe is currently facing. Such is art, BUT… since then I learned a bit more about the struggle between an osprey and its prey. Apparently, when a fish is first caught in the bird’s talons its immediate instinct is to dive for the safety of deep water. Powerful swimmers they are, and if an osprey grabs a fish that is a bit too large they have been known to be pulled under by the fish, unable or willing to release their hold, and dragged to their deaths below. This moment takes on a whole new meaning when understood in that light, so I figured it would be worth a reworking. Here’s to hoping the Standing Rock fish was underestimated by the DAPL bird.