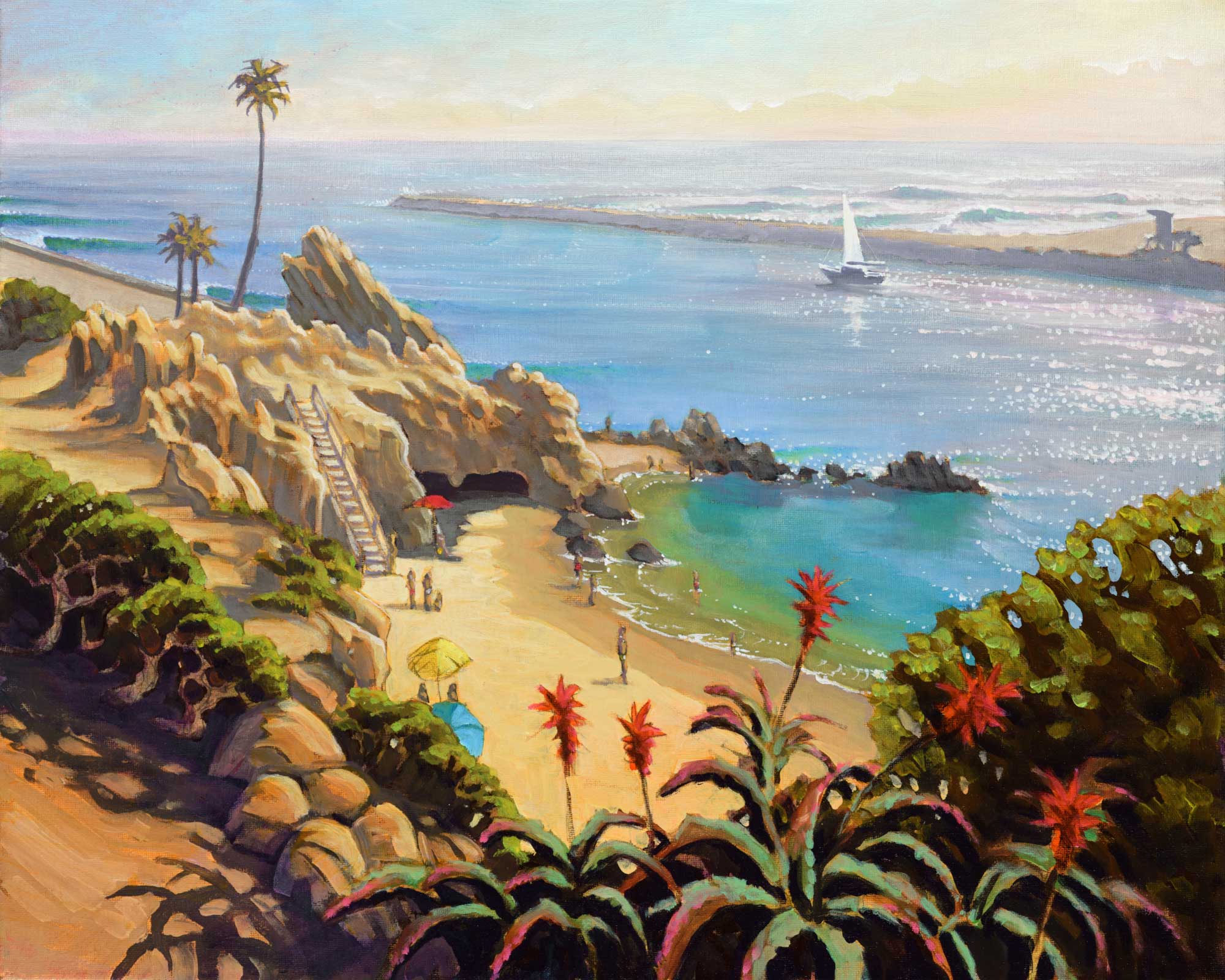 When the Ship Comes In

I was thinking of baptism when I wrote that poem. Mostly because of the person who suggested I paint this place, possibly for his dad. I’d never met him, or his dad. I didn’t know at the time that his dad had baptized hundreds or thousands of hippies here at this beach at the end of the 60’s when all those kids realized their sex and drugs and all-of-that wasn’t exactly creating a better culture after all, and so many of them turned to Jesus all at once.

But I did know of his dad. I knew him as a pretty well known southern California pastor, and also as the man who commissioned the Gospel of John series of perhaps the greatest paintings ever made by Rick Griffin, one of my favorite artists of all time. He even told me that he and his dad saw shades of Griffin’s work in my own. It meant the world to me to hear that from them. No doubt Griffin was an inspiration. And that’s an understatement.

Ah well then, I went to paint the scene anyway. Hot day, crawling with people. I found my perch and noticed lots of equipment on the beach (too much fuss for the painting so I left it out). A kid with green hair scampered down the dirt path on my right and asked what was going on down there. I told him I had no idea, I just work here, nobody tells me anything. When he returned 20 minutes later I asked him if he found out what was going on. He says they’re filming something called the Jesus Revolution. I look it up later and it turns out it’s a film about the guys’ dad, and all of his hippie baptizing from 50 years ago.

I have no idea what that must have been like, but sounds like it’ll be an interesting film.

What I do know for certain though, is that on this 85 degree day standing in the hot sun over this beach, I could have used a good refreshing baptism at least 3 or 4 times while painting here.