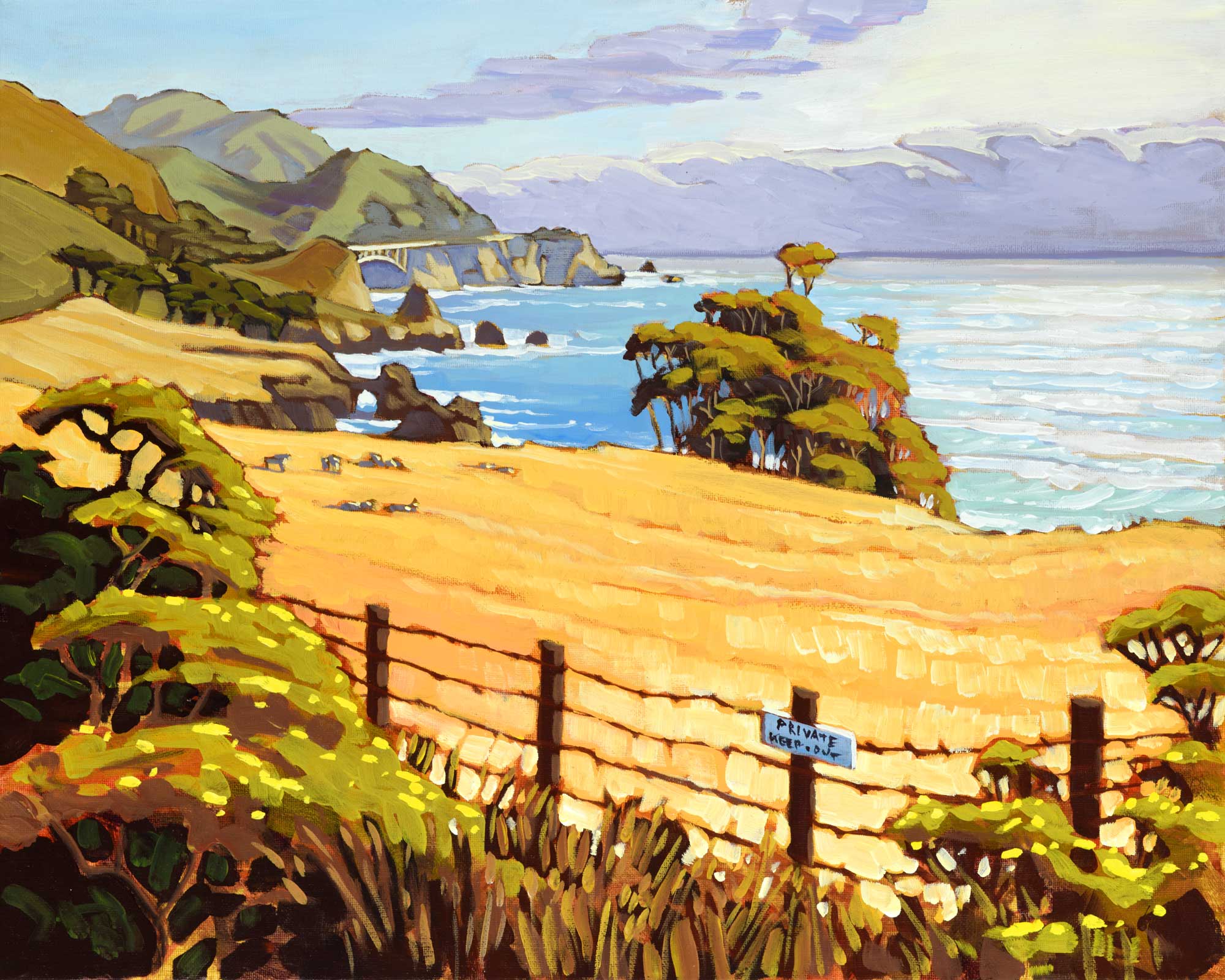 Under the authority of a king in Europe, there is land in California, owned and private today, that was divided up and given to friends of the throne. It’s wild to think of the history behind some of the barbed wire we see all over the coast here. I don’t blame anyone. I’d have accepted any land they offered me as well, and to be honest, it’s not hard to imagine what these pristine lands would look like if the gates were open to us all. Pack your trash and leave no trace is truly some sort of elitist psuedo hippy mumbo jumbo now. I’d rather be kept out of some places than to allow myself and everyone else to trample nature into a twisted banal backdrop for the drama of humanity’s less noble urges. Still though, when I see the signs telling me to stay out of places like this, I bristle at the royal throne, whose guilded vanity was built on the backs of those they defeated by force. I am at once the oppressor and the oppressed in this drama, no matter which side of the fence I happen to find myself. But under all these layers of understanding, it is clear we have lost something, though I am not sure what.

I slowly enjoyed a beer when I finished this one, under the watching eye of the drone that flew repeated laps out to see and back again, right up to the van, I thought it might fly in at one point. This was no film project, but pure anonymous surveillance as it hovered there safely out of reach, it’s owner sitting somewhere looking through this one way mirror into my world. I even looked for something reasonable to throw at it, if it tried that again. It never did, but the world keeps going forward and the throne is always thirsty for more. It wants all that it’s eyes can see, and now it has eyes everywhere. Enjoy your quiet moments while you can, a day of reckoning will come sooner or later.

I guess we’ll just have to cross that bridge when we get to it.