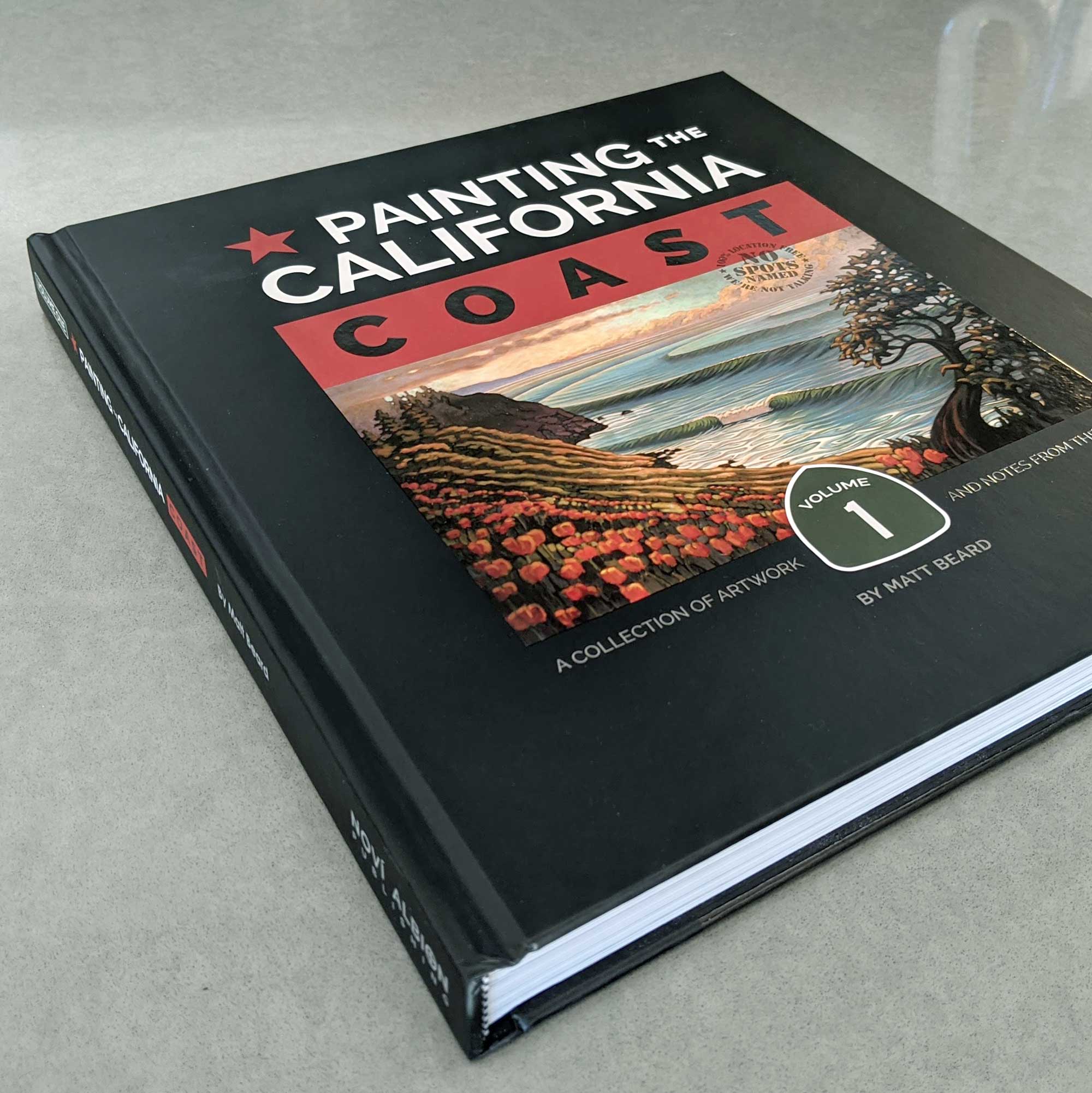 A Collection of Artwork And Notes from the Field

I worked on this book for over a decade. After years of slowly working toward my long term goal of painting the entire California coast, I realized that it was going to take a lifetime, and even then I would never be truly “finished”. But hey, even though there will always be more work to do, I have already painted a wide range locations in every coastal county of the state and so I finally released a large collection of my favorite pieces in this first volume of my life’s work.

But it’s more than just a book of art. Every painting has a story to tell; fences hopped, encounters with friendly locals, battles with nature itself while attempting to paint out on the edge of a cliff in the wind and against all better judgement. These are the stories of real places. They can’t always be told through art alone, and they certainly can’t be conveyed in a gallery show (who reads anything in a gallery?). To put it simply, this book is, without a doubt, the fullest expression of the artwork I’ve created over the last 15 years. I hope you all dig it.

Consider picking up a copy of your own while they are still available here: THE BOOK

In the meantime, you can check out the Foreword and Preface, re-published straight from the pages of the book below...

By Chris Ahrens
Author of God & Gangsters, Good Things Love Water and
Twilight in the City of Angels

The vision might include a station wagon, a beach umbrella, kids building a sand castle, half-naked teens running toward the water, a gentle ocean and maybe a surfer or two. You can nearly smell the suntan oil and hear your favorite Beach Boy’s song.

While this was a fairly accurate portrait for countless early ‘60s families, it missed the more interesting, hidden and fractured regions of our coast completely.

Those from Southern California who attempt a NorCal blitz, usually turn back long before the land of the giant redwoods, never once setting foot on beaches that nobody knows the names of. In their rush to get to and from their destinations, they learn little about our coast other than that it is long, and that gas station food is pretty much the same everywhere. Up there, the paths to paradise are all unpaved and often muddy. Fog is a constant, shrouding big trees as they drip out a slow beat before yielding to visions of rocky points and an unforgiving ocean draped in kelp and mystery.

You know about mystery if you live half a day north of the golden bridge. I was once prompted to solve that mystery myself when I took my family to live near California’s northern border. I am thankful now that I always drove old clunkers on the repeated trips back and forth from my original hometown in Southern California, so I was forced to pull over often and always drive slowly. Because of that, I saw much.

Artist Matt Beard surfs, paints, and raises a family in this region I left nearly forty years ago. Like me, he’s found that this region doesn’t open itself except through the bruised knuckles of repeated knocking. He knows that the family cookout could end in a flood evacuation, and that a quick dip into the ocean after work might just kill you. Survive, however, and you will see things that make you truly alive.

While many of Matt’s everyday subjects are unknown to most, he also mines the unseen gems often hidden in plain sight, painting blushing portraits of some of the State’s most famous coastlines.

As an artist, Beard is grounded in the plein air tradition, yet his work hints at unknowable things, celebrating a fanciful ocean life rarely encountered since the work of Rick Griffin. Like previous masters, Beard seems to realize that it is not what we know about the California Coast that lures us there, but the things we don’t know, and will never know. Long before the first brush strokes are laid down, the heart ran deep into fossilized oyster beds rendered smooth by a million north swells, and leaves us longing to know more.

These are not detailed Google Maps from our smartphones, but Dream Maps, meant to inform the smartest part of our thinking.

Matt’s work reveals that there is more around us than usually meets the eye, the foot, the hand, or all of our sensible and non-sensible senses combined. Discover what you already know as well as things you will never know. For starters, you only need one sense: sight. A deeper understanding will follow. Here’s to the dream of a place where miracles happen near an endless sea. Thank goodness Matt Beard cruises slowly up and down the coast to clearly see, and reveal, the things that remain just a blur to most of us. 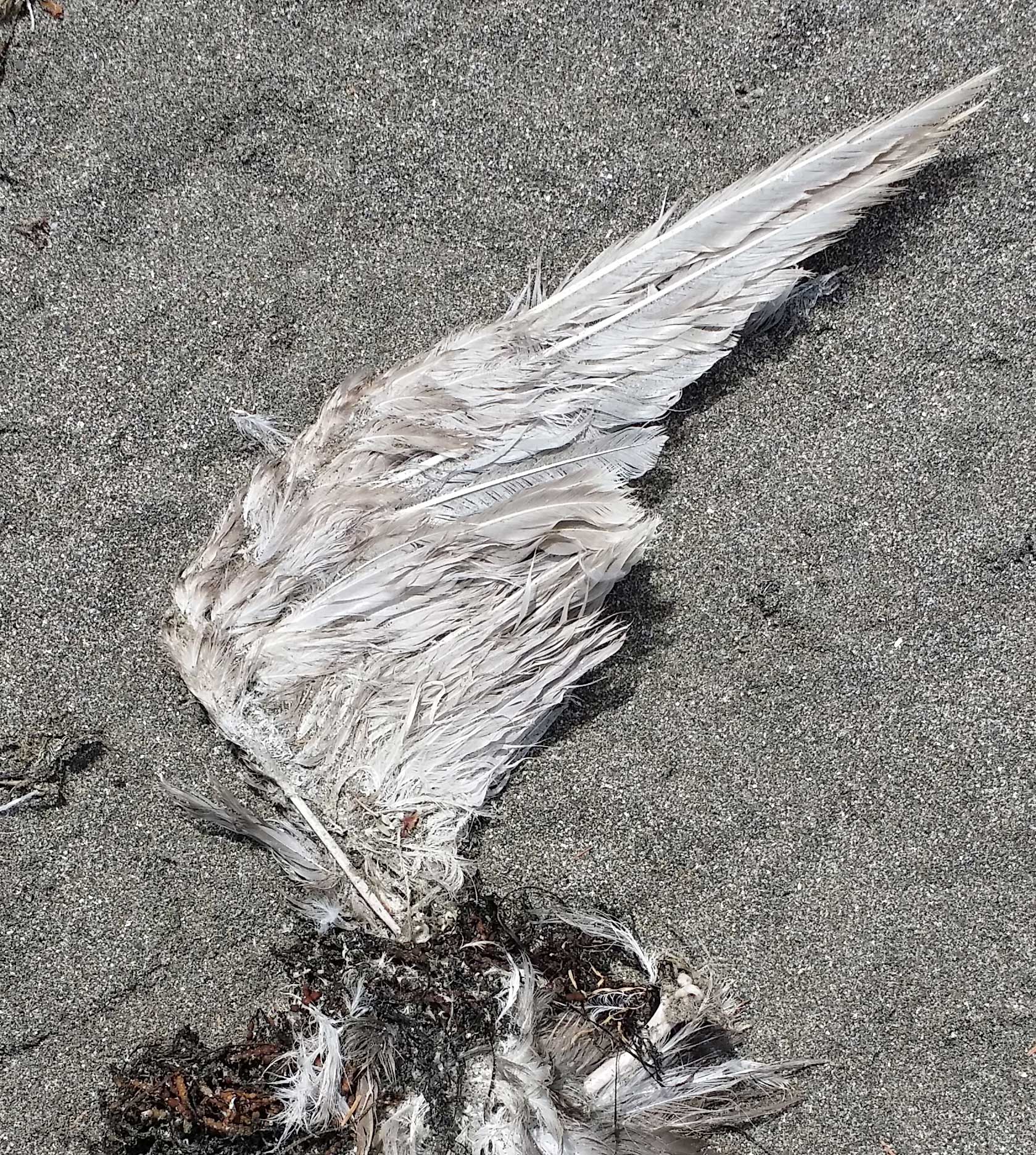 California is a big place. I don’t make any claims to having painted ALL of its coast. There’s always a spot around the corner to explore, and only so much time in a day. But I don’t know of too many artists out there who have dedicated themselves to the whole state’s coastline with quite as much intentionality as I have done for the last decade or so.

Many hours of driving and hiking, many nights of sleeping in cars and on couches, many unsuccessful efforts at dodging poison oak and ticks, many fences hopped, and many more efforts to access private coastlands that have ended in frustration, as I’ve put in time and paid my dues (or at least my parking tickets). I hope you enjoy this volume of work, carefully presented with much respect to the people who call these places home, and glued together with the ramblings of my mind and heart often recorded at night in the van before dozing off to sleep on the side of the road.

The recollections contained in this book are mostly straightforward accounts of my experiences painting outdoors all over California. But the poetry. Oh my. Sometimes I don’t even know where these peculiar, and often half-baked verses come from. But I do enjoy them, and include them in the hopes that they breathe a bit of life, humanity and humor into your time exploring these visions of California.

While I have painted over 400 locations on the 840 miles of California’s coast, averaging under 2 miles between each painting, there is still a lot of work to do. For every vista painted there’s a multitude of others that will have to wait for another day. It doesn’t matter how many times one makes this trip, many a stone will always be left unturned.

Many will ask when they examine this curious collection of artwork and stories why no locations are named anywhere in this book. If this was a guidebook to the California Coast, it would surely be one of the worst ever made. So be it. For as long as I can recall I’ve had a sometimes awkward policy of refusing to name locations.

The primary reason for my restraint is respect. As a lifelong surfer, I know the frustrations that crowds can bring. As a lifelong lover of the outdoors, I also know the damage that we can collectively do to the natural beauty of a place when we arrive en masse. Many places I paint are vulnerable to both of these problems and out of respect for those that live there and seek regular solace in these off-the-beaten path settings, I make every effort to celebrate their beauty without handing the keys to the kingdom over to the Legions of the Unjazzed, to borrow a phrase from Phil Edwards.

Sure, I could name the obvious ones and not worry about revealing what is already widely known, but even that could bring unwelcome attention by making those hidden treasures all the more conspicuous just by their lack of specifics.

By withholding the easy answers, I am providing something greater in exchange- a journey of open-ended discovery. Those who know will know, those who don’t will instead wonder and seek and find on their own.

The world is an open book out there,
but you gotta turn your own pages...

Welcome to California. Please enjoy the trip. And remember to do your part when you’re out exploring your own Golden State- be kind, drive safe, pack your trash, and leave no trace. Thanks! 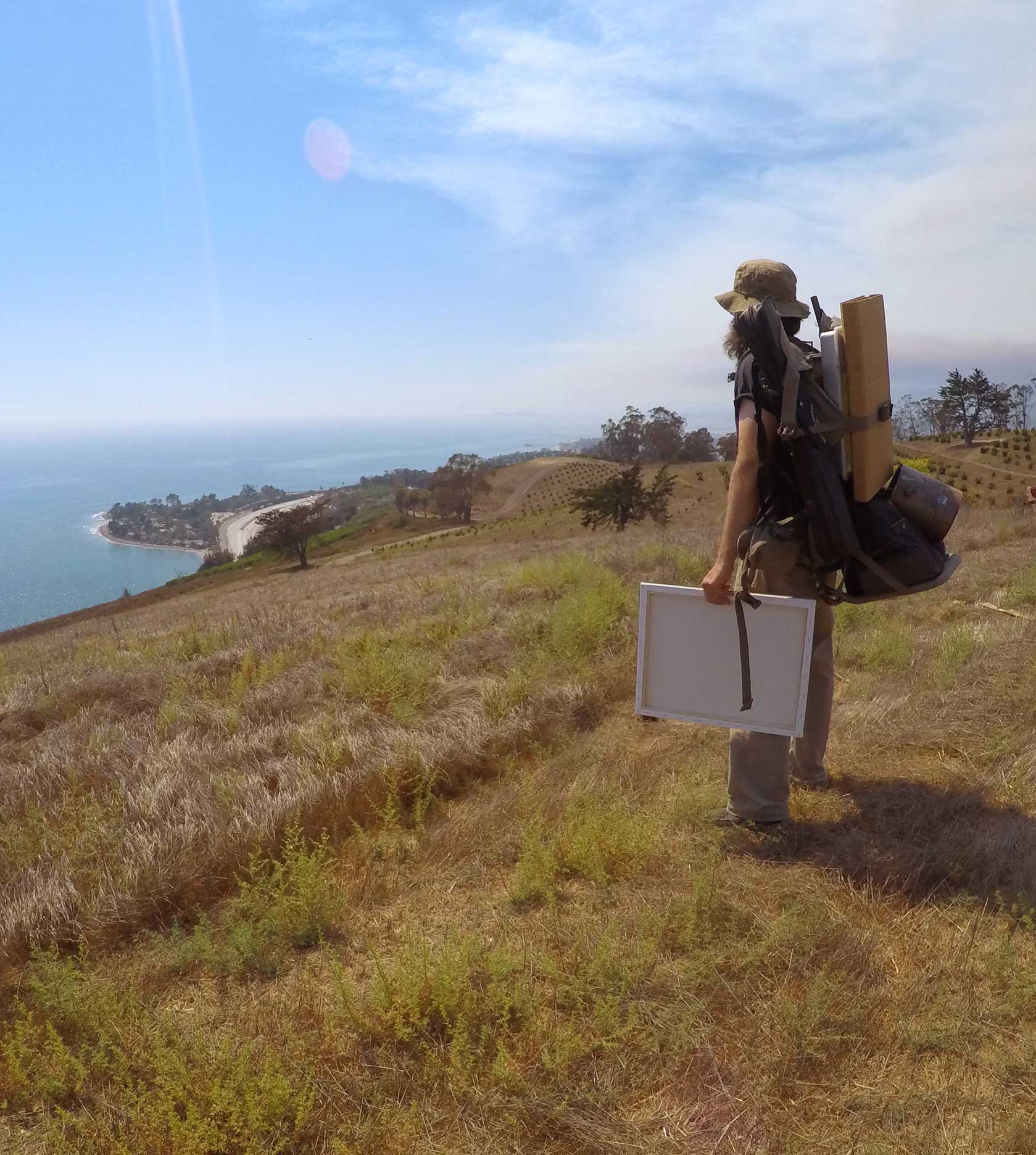