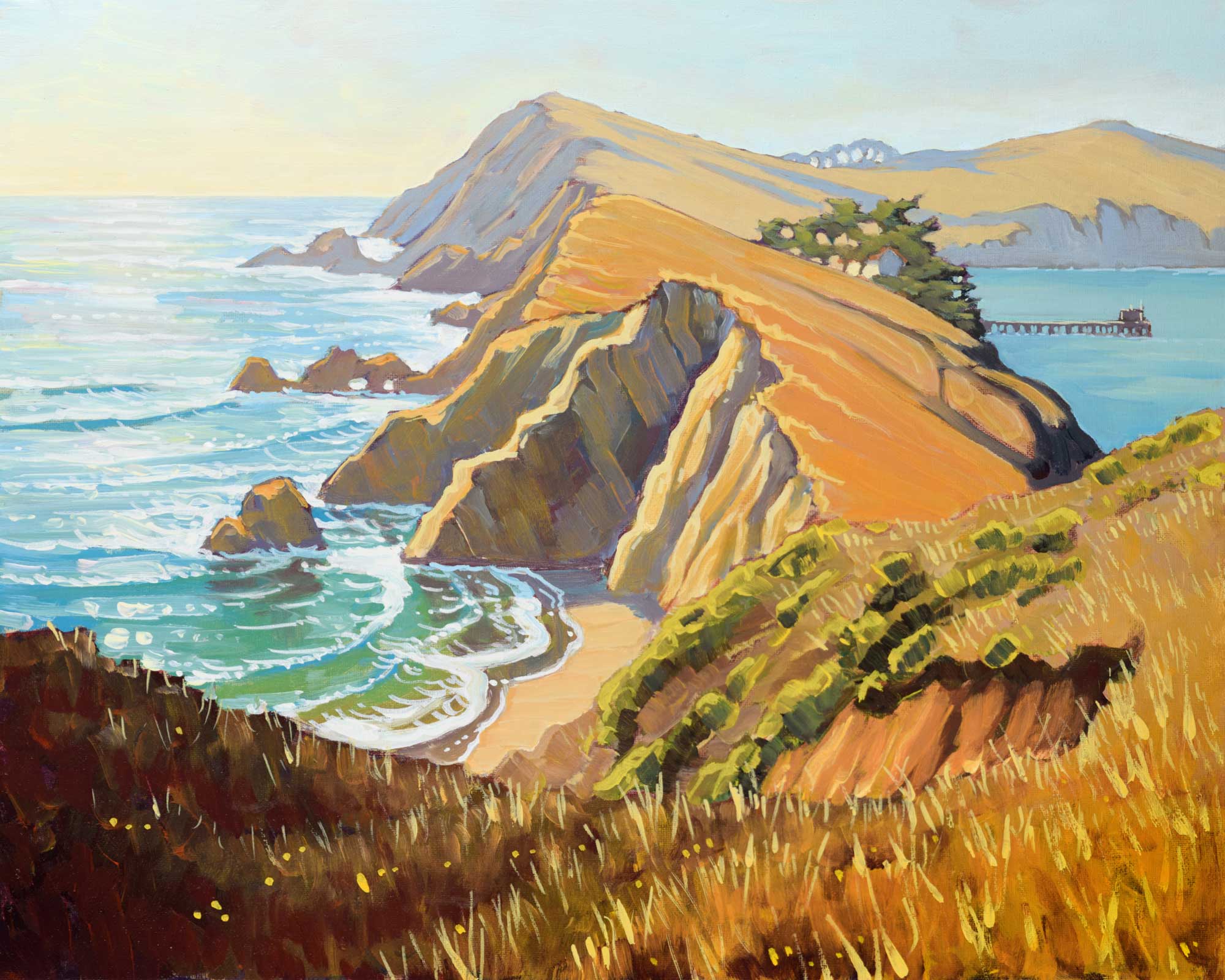 Plein air painting in strong winds is indeed a sport. Especially on the edge of a steep cliff. Painters know the challenges, but most folks just see finished paintings during their 10 seconds of social media fame and think whether they like it or not. Whether they should type a comment, hit the like button, or just keep scrolling. The next painting on the viewer’s feed may have been created in a comfy studio, warm, nice lighting, no glare, no time rush to race a changing light. One created in luxury, the other with the easel constantly shaking like it’s a passenger in a third world tour bus on a back country road about to go over the edge and into the ravine. There’s no way to appreciate the effort that went into painting in 30 mph wind gusts and what sort of makeshiftery and desperate soul-pleading goes into these excursions to return with these tangible artifacts created on location. This is one of those that could have easily been lost had I relaxed my firm grip on the easel at the wrong moment in the howling wind on this exposed headland.

I could see this painting in my mind, long before arriving. A tantalizing thin finger of land extending out to the shelter of a sweeping bay- the roaring Pacific one one side and calm waters on the other- that sort of thing gets me fired up, and why not? There’s not many places one can stand on California’s mainland and get this two-sided dynamic in one frame at this geologic scale.

This bay is thought to be the site where an English explorer attempted to claim this region of the new world for England over 400 years ago, dubbing it Nova Albion- which is Latin for New England. This was well before that term had come into use for the Northeastern United States. But England never followed up on the claim, and Spain continued it’s expanding rule of the region they called Alta California. The name “Nova Albion” would be lost except to the history books, and a few old maps.