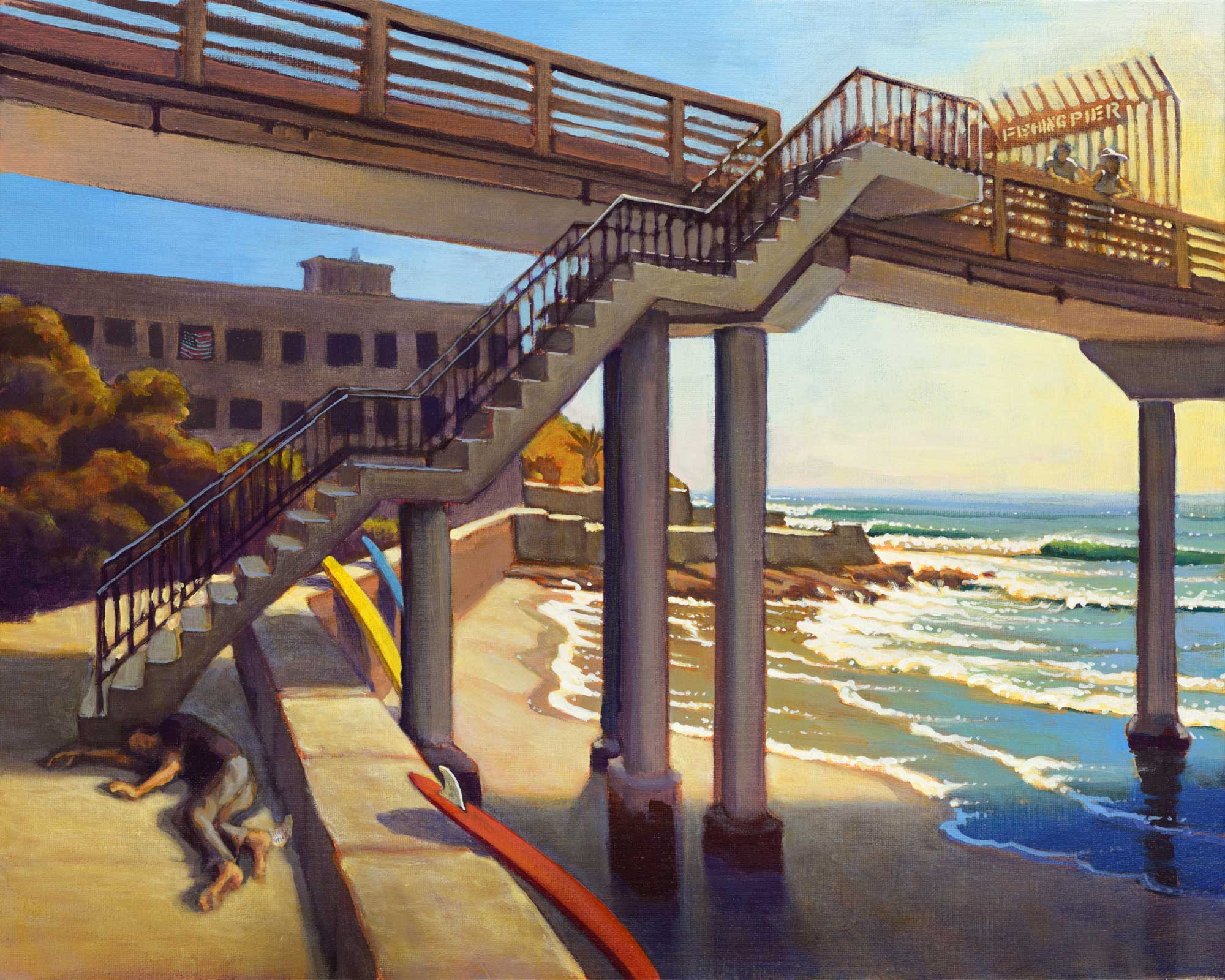 This pier is condemned. Structurally damaged. And the scene here beneath the shadow of its condemnation is… interesting to say the least. Police patrols. Dealers. All manner of today’s American riff raff squaring off against the sunny California dream.

Let’s call this man by the stairs Jacob.

In the biblical narrative, Jacob was a deceptive manipulator out for his own gain. He’d stolen from his brother repeatedly and now was fleeing in fear for his life.

We have no idea what bad decisions brought our Jacob to the pier here on this day.

“And he took one of the stones of the place, and put it under his head, and lay down in that place to sleep.”

Our Jacob sleeps with his head on the concrete.

“And he dreamed, and behold a ladder set up on the earth…”

Ours is a cement stairway with metal handrails.

“and the top of it reached to heaven and behold the angels of God ascending and descending on it.”

And ours is the top of the pier where couples in love stand and take in the cool salt air, because when your bed is the stone of concrete wherever you lay, and you have made some bad decisions and maybe even burned some bridges with your friends and even your own family so now you have nobody to help you in your loneliness and despair, well… the gulf that stands between your sad state and that of a couple in love on a pier in the sun may as well be the chasm that separates heaven and earth themselves.

And sometimes it is the Jacob’s of the world that God eventually chooses for the greatest things.

Don’t ask me why.
I have no good answers.
It’s easy to cast judgment.
But it’s a lot harder to be right.
You never know where greatness lies.