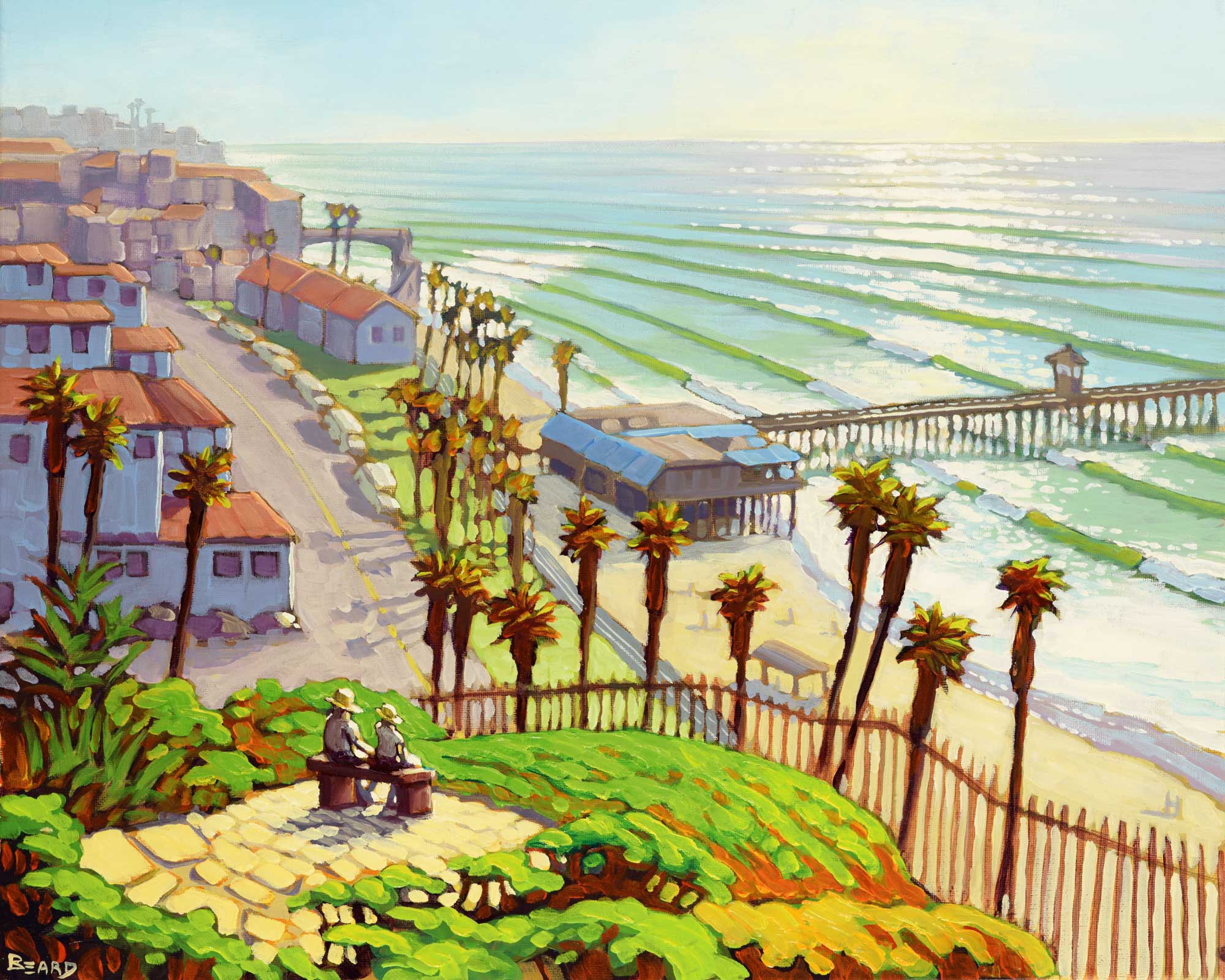 You ready for some personal Beard family history here?

On a recent trip south, a talented photographer friend and I spent a rainy afternoon cruising around to some of his favorite vantage points along the south Orange County coast.

One of the stops was a historical site called Casa Romantica. I’d never heard of it, and being these places often come with staff that won’t let you tromp around in the bushes hunting for the perfect view, I usually avoid them. They were closed on the day we showed up, we even tried all the side gates to no avail. In my mind, I’m thinking I dodged a bullet and maybe I’d never bother with the place again. He stresses that the view from the place is really something though and I trust him, so I’m still in the game, but maybe just barely.

I mention all this to my dad the next day and he drops this on me: apparently he spent a lot of time there back before the city owned the historical site. He ate in the dining room, swam in the pool, walked the down the hill to the beach, kissed miss San Clemente in the dark down there when nobody could see, nearly married that girl who was the daughter of the man who owned the place. This was around 1963. They were quite serious, heading toward marriage, and then things just went sideways. That was that. But it was a close call for my DNA. Good move, Pops!

But wait there’s more. I mention this whole thing to my wife’s folks who lived in San Clemente for a time back in the mid/late 60’s… and the plot thickens. Apparently my father in law had just found Christ in the Jesus Movement of the late 60’s and a man who he viewed as a mentor told him one day he needed to get a job and took him up the hill to Casa Romantica, where he was promptly hired as a groundskeeper and spent a few years “working” while checking the surf all day, waiting for just the right moment to take his breaks.

Oh and yeah, this wasn’t completely plein air. I was kicked out when they closed the grounds for the day at 2 pm. Who closes anything at 2 pm on a Saturday? Had to finish at home later.

Sorry dads, if I botched any details.