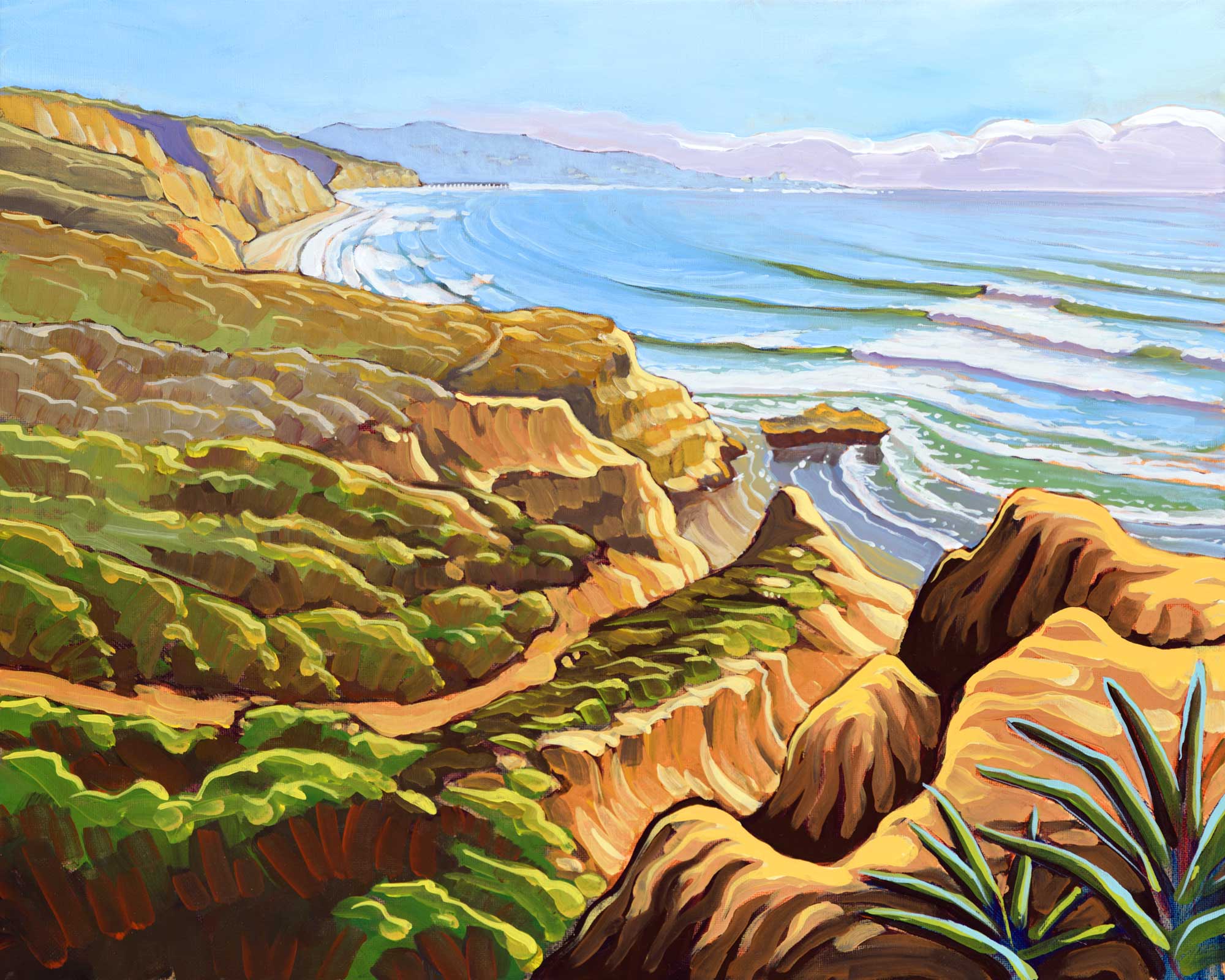 It had been a long time since I’d explored these trails. I don’t recall them being quite so constricting. I was hoping to find a little nook in the sandstone with a view and some shade. But it was not to be, you can’t step foot off of the clearly marked paths here, without risking fines. These cliffs erode at the slightest suggestion and the hardy coastal scrub can only handle so much trampling before giving way to bare dirt and accelerating the pace of erosion. I’ve seen this elsewhere like up in Monterey while researching some historical images that showed popular tourist destinations covered in soft grass with just an occasional rock or boulder scattered about- now they are nothing but rocks and boulders with a bit of iceplant here and there in the awkward places- still beautiful, and if you hadn’t known how much we’ve changed the landscape by admiring its beauty, you’d never even think of how it may have been.

The irony is the folks coming here to get away from the urban madness are doing so in a park with more restrictions than an average shopping mall. It seemed fitting then that this painting location featured a steady stream of teenage girls taking selfies, having me take their selfies, talking about their selfies, good grief… where is the food court already? Oh wait that’s right, no food allowed here. Really. It’s a rule I found out later. One group of girls sat on a nearby bench talking for almost an hour weaving a conversation of spanish and english and laughter. As this painting neared completion one of them became very excited, “Oh my gosh, this was sooooo amazing watching you. I’ve never seen anyone, you know, paint, like, what they see, you know? I don’t know, it just makes me feel soooo calm, you know?”

I do know, and it does make one feel calm, and I am very glad she noticed.