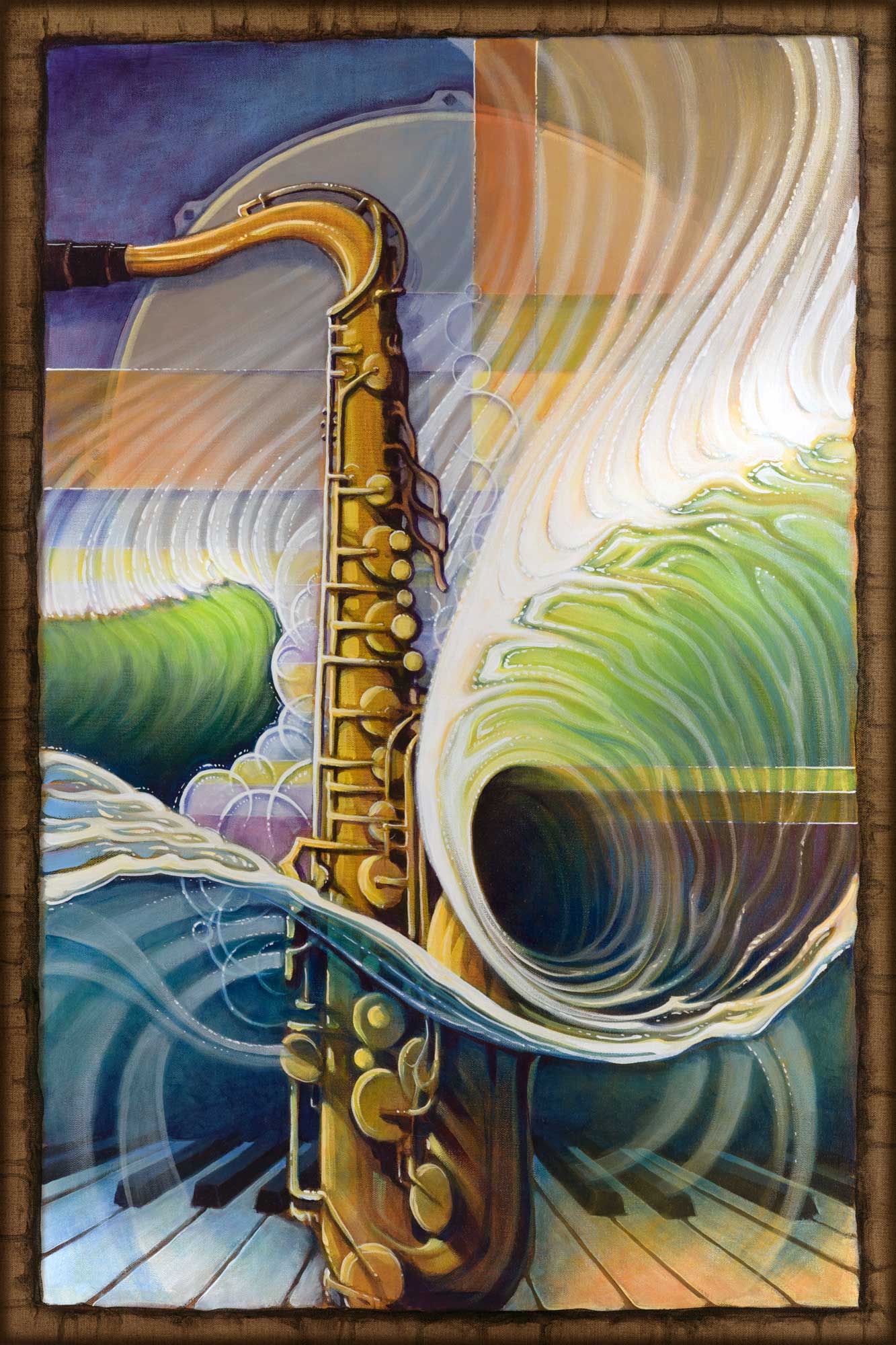 Painted partially live at the Basement in Arcata, then finished recently for the Redwood Coast Music Festival.

It’s been a ton of fun creating artwork for the festival, and at the festival as well. This Chromatic Water Theory series was literally born in the presence of world class jazz musicians performing in the Morris Graves Museum of Art in Eureka. The first few pieces I did for the official festival artwork included different elements, but as I painted live as the jazz acts rotated throughout the days and nights of the festival a simpler theme emerged- a visual combination of musical instruments and moving water.

I can’t think of too many manifestations of rhythm in nature as elemental and profound as the breaking of waves on a shoreline. Sure there’s sound waves, light waves, all sorts of wave phenomenon in nature, but water waves are special in that they are scaled in space and time just perfectly for human interaction. We can ride one at a time, or get pounded by one at a time if riding them isn’t your thing (or even if it is). We can experience one water wave as a singular entity. Not so with sound waves, or light waves.Perhaps even more than their rhythms, it’s the ability to move us physically that causes me to associate them with music. But I don’t want to make too much of it or overthink it, because like music, these paintings are just fun and feel so right.

Previous pieces from the series have focused on piano keys, drums, and various stringed instruments. The brass and woodwind instruments- saxophones, tubas, clarinets all seemed so foreign to my sensibilities. I can reference something as simple as a vibrating string and feel like I’ve done enough to evoke a guitar, but these alien instruments, full of tubes, and levers, and knobs, and who-knows-what- how do you distill one of those to a simple element? I have no answer. Maybe a better artist could do so effectively but the task eluded me, so I just went with the whole enchilada… er, saxophone, front and center. The keys beneath and the drum behind rounded out a nice trio. So there you have it

And also a poem…