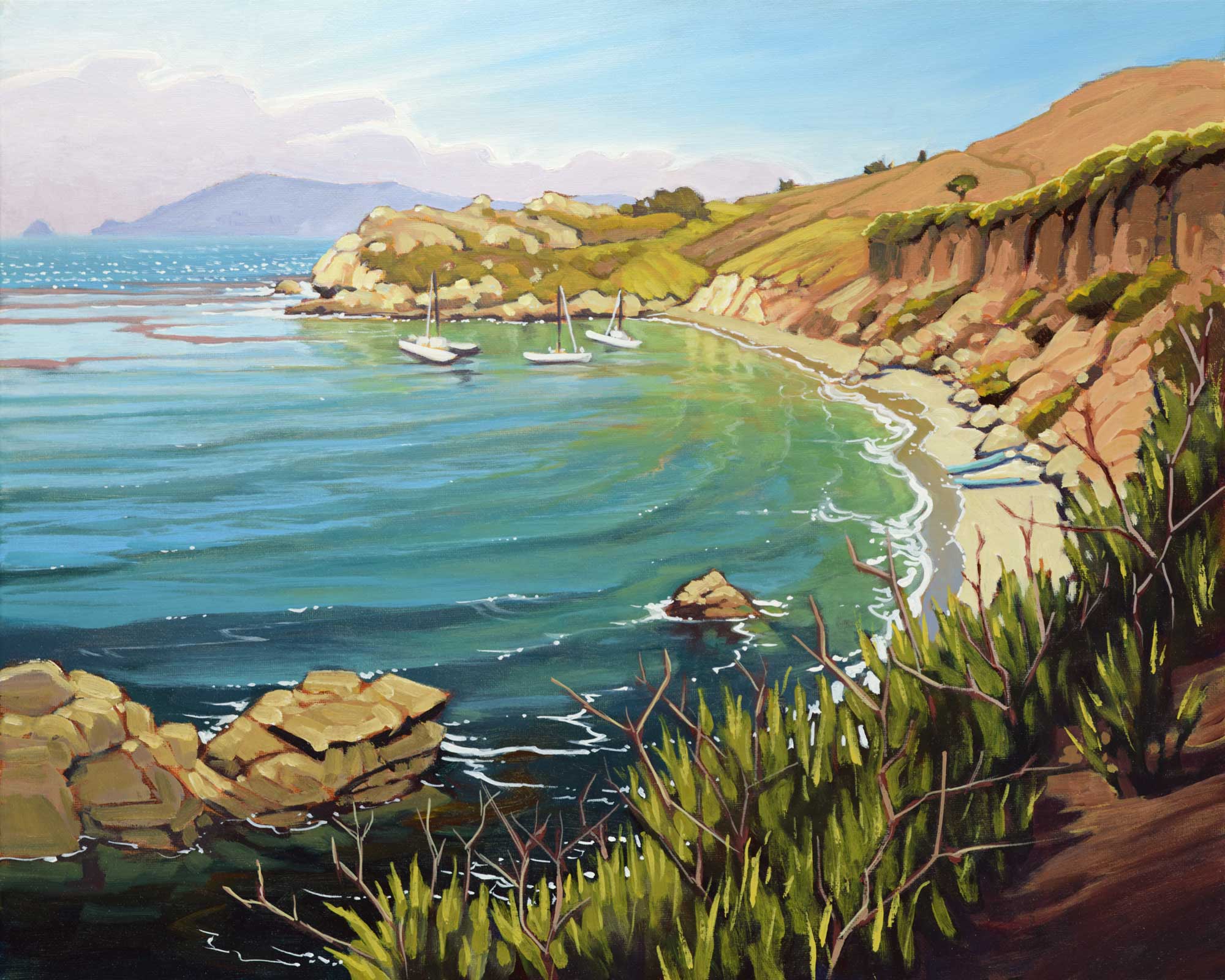 Notes:
It’s true, he was. The Spanish navy hated the guy. But that’s history. And according to some amateur historians it is believed he may have hidden treasure in the caves on the headland at the end of this cove. Joined by my friend Wade Koniakowsky, we were stoked to walk up to this scene on a crisp sunny morning after the days of fog I’d been battling previously. We thought that was like walking up and discovering treasure. Finding the beach below empty was a great discovery as well, especially since it’s a notorious nude beach. Empty was just fine for us, thanks. Did you know they call the creepers on the cliffs “scalleywags” or “rock monkeys”? They have so many folks creeping up to oggle the nudies that they have names for them. I don’t know if that’s true, I read in a paper once though. Could be fake news, who knows these days? But what we do know is that even if those caves weren’t used for Drake’s treasure, they were at least used for smuggling moonshine during the prohibition years. The smugglers even carved steps into the rock face out at the end of the point to help run the rum up and down coast. Oh, and Francis Drake was a pirate. We know that too.