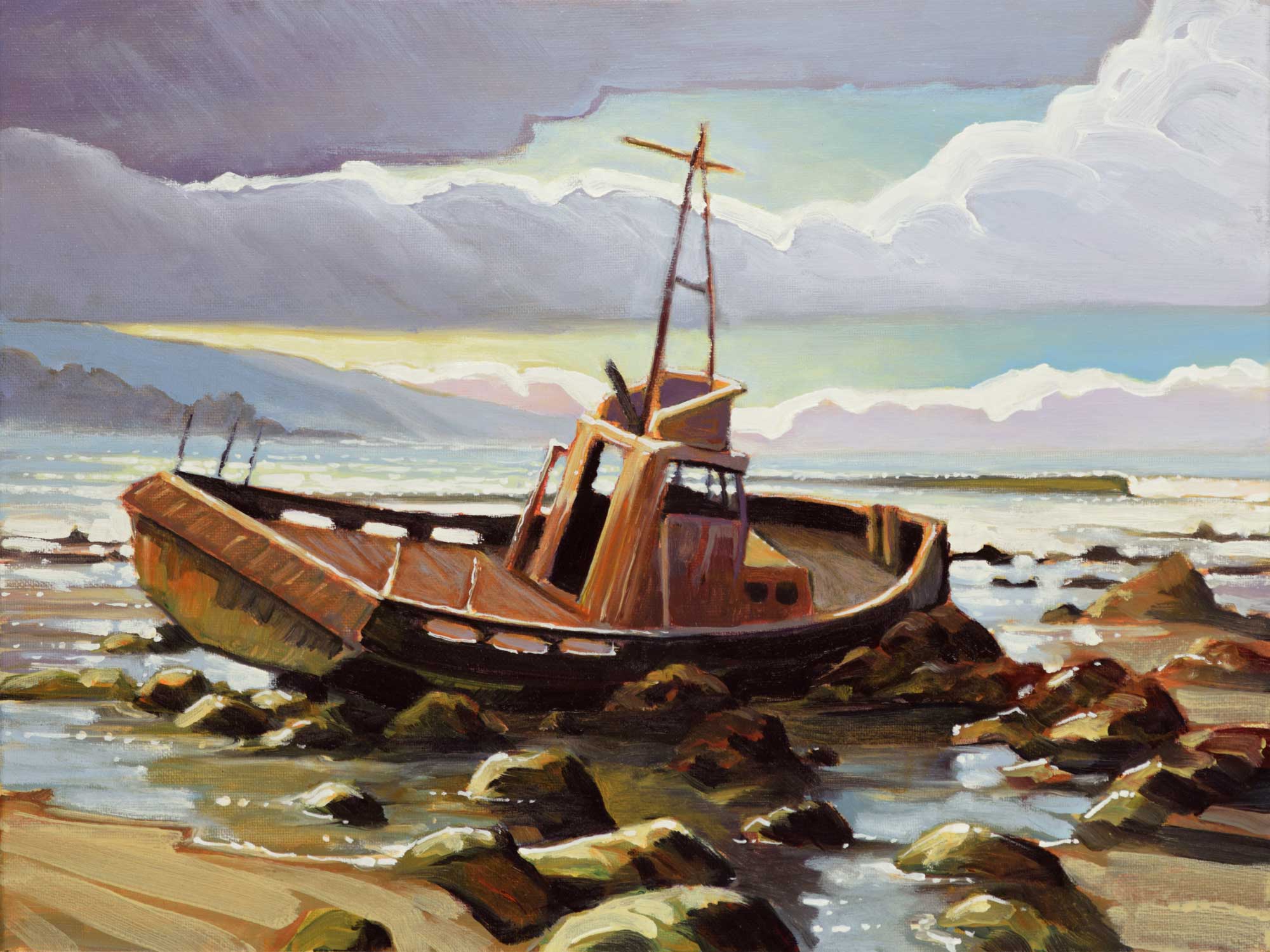 Notes:
I painted this boat over a year ago, grounded hopelessly on the rocks here after learning that it had previously belonged to my friend Colleen Gnos’s grandfather for years. It was even named after her brother until it was sold and the new owner gave it a new name and ran it aground in short order. This is where it’s been since. Except it’s spun around 180 degrees. It’ll eventually break into pieces here, but not for awhile. Part of the landscape now. I wanted to revisit it. It’s a great reminder that no boat stays at sea forever, and for each of us our day will come sooner or later, and often unexpectedly.