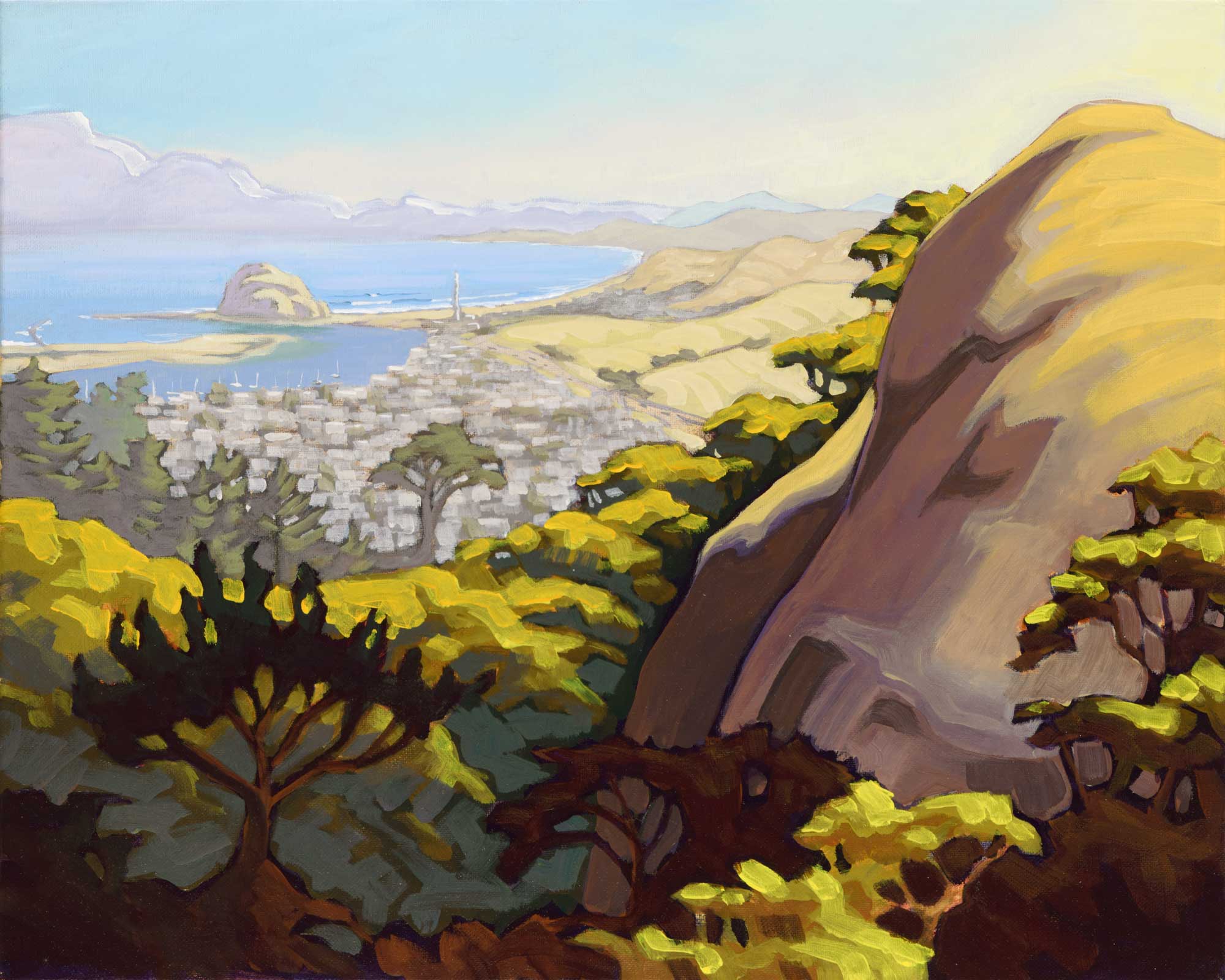 Geology trips me out. They always say that the large rock formation at the mouth of this bay is some sort of plug in a volcano. Okay…  well I guess that’s pretty convenient. Maybe that’s why they are so strict about not letting climbers set foot on the thing- don’t want to risk any climbers setting bolts on a weak spot and causing the whole thing to blow. No good when that happens.

But yeah, I wanted to get a good view of this landmark so I scouted a nice short trail up a nearby peak and made my way to the top. Upon arrival, I spun two things. First was a full 360 or two, taking in the panoramic view from the top. Pretty epic, but lacking foreground interest up there. So the second thing I spun was a 180 back down the trail to a large granite boulder I’d passed on the way up.

I thought there was a certain visual poetry in painting this boulder in the foreground, with a distant view of a downright massive rock formation that would make this boulder appear but a pebble if they were to sit side by side. An interesting economy of scale, to misuse a phrase.

If that one is some sort of volcano plug, maybe this one is plugging up an epic hot tub. I’ll have to file a complaint with the geology department. Hiking around with a studio on one’s back, one needs all the hot tubs one can find. Preferably without giant rocks on them.

“Most Wanted”
“Machine Work”
Scroll Up